Is this how you rise by ripping others? – Dammy Krane continues to drag Davido over debt

Nigerian singer, Dammy Krane, has taken to social media to insist that Afrobeats star, Davido pay him the money he owes. it reported earlier that Dammy accused OBO of failing to pay him for writing his song in 2017. In response, Davido shared a photo of himself biting a bag of money and captioned it with a laughing emoji.

Feeling disrespected by the singer’s snubbish behavior, the former Hypertek Music signee reshared a post from a fan page dammykrane_update.

He wondered if Davido makes a living by ripping people off and asked if that is how his ucle, Ademola Adeleke wants to run Osun state as governor.

He wrote; ”@davido Na so una wan Dey run Osun state government ba, chop the masses money & oppress them ‘rise by ripping others” ba , no be for Lagos o … we no greee #Pay @dammykrane_worldstar Davido @davido”.

Dammy Krane took to his Twitter account and tagged OBO, saying that he did not want to resort to calling him out online but he was left with no choice because all he didn’t get any response despite private appeals. He also shared a screenshot of Davido’s tweet from 2017, where he revealed that Dammy was among the songwriters. 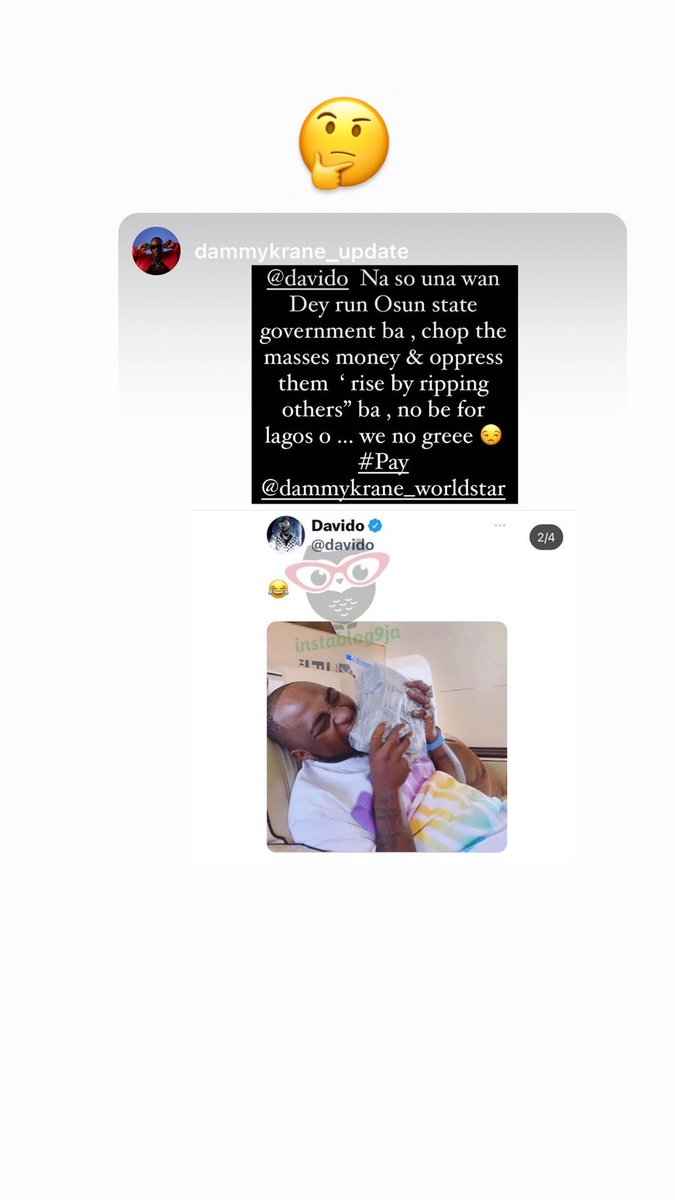