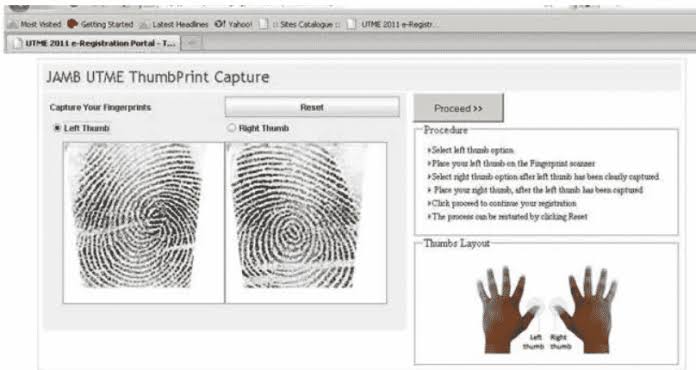 The Joint Admissions and Matriculation Board (JAMB) says it has adopted new guidelines to ensure the seamless conduct of next year’s Unified Tertiary Matriculation Examination (UTME).

The board revealed the new guidelines in the latest edition of the weekly bulletin of the office of the registrar on Monday.

JAMB introduced double fingerprints, where a candidate is expected to register at least two fingers.

The exam body said any finger may be used for biometric verification before entering the examination hall on the appointed date.

The board also said candidates with bad fingerprints would be scheduled for the exam as “exemption candidates.”

It warned that some cybercafes and tutorial centres had been prohibited from participating in UTME.

The board also introduced the CBT centre accreditation to vet centres based on whether or not they meet the board’s new requirements which include the use of laptop computer systems with a specified RAM capacity.

Ishaq Oloyede, the JAMB registrar, also announced the introduction of biometric accreditation for CBT centre registration officers which he said will now be captured ahead of the exercise.

He said the board would consider separating UTME registration from that of Direct Entry (DE) starting from 2023.