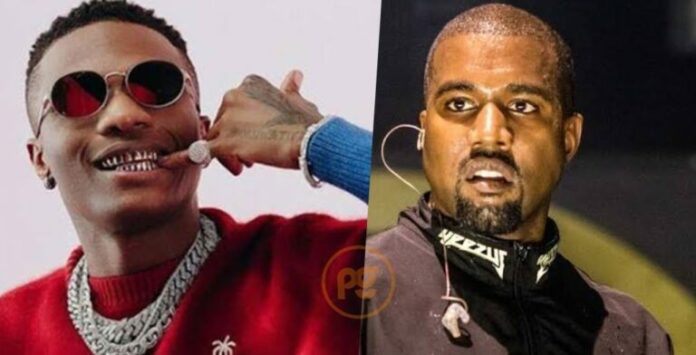 American rapper and fashion mogul, Kanye West, has declared hit song, Essence, by Wizkid featuring Tems, as the best song in the history of music to date.

On Sunday, the superstar posted the track cover on Instagram page, captioning it with the high praise: “Best song in the history of music to date”.

Essence, which was declared the official summer track of 2021, topped the billboard chart with its remix featuring Justin Beiber. It received numerous nominations at different award ceremonies including the Grammys and went on to win the BET Award for Best Collaboration.

The track which was released in 2020 was recently certified Gold by the RIAA after selling over 500,000 copies in the US. The feat is first for any African artist.

In other posts, Kanye also shared his favorite songs which included Beyoncé’s ‘Church Girl’, which he claimed to be his favorite song off her latest “Renaissance” album. He also tagged Dj Khaled ft Rick Ross’ “God did” as the song of the year. Anthony Jeselnik’s “Thought and prayers”, was also declared one of his favourites.

VIDEO: See What Pastor Tobi Adegboyega Did To His Choristers While...