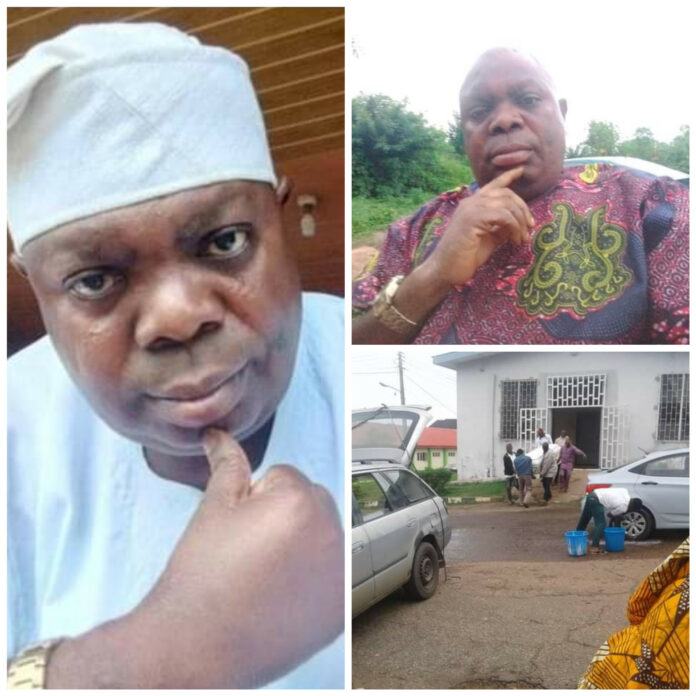 An Ondo community leader, Bashiru Adekile, has died three weeks after he was released from kidnappers den.

Late Adekile was abducted alongside three other victims including a traditional ruler while traveling along Ago Panu axis of Owo-Ikare road in Ondo state, on Thursday evening, August 4, 2022.

The victims were held captive for three days in the forest before being freed on Saturday evening, August 6, by their abductors along the Owo/ lkare highway after paying N4m ransom.

Adekile passed away on Thursday, September 1, after spending days in the hospital for medical treatment.

Adekile, who had been on medication before he was kidnapped, was immediately rushed to the hospital for urgent medical attention after he regained freedom.

According to the family source, he had been hospitalised since his release due to an internal injury he sustained while in the captive of the kidnappers.

Meanwhile, an Akure Chief Magistrates’ Court has remanded the suspected kidnappers who abducted late Adekile and four others.

Police prosecutor, Inspector Adeoye Adesegun, informed the court that the defendants shot the head of one Adejoro Muda, the driver conveying the victims.