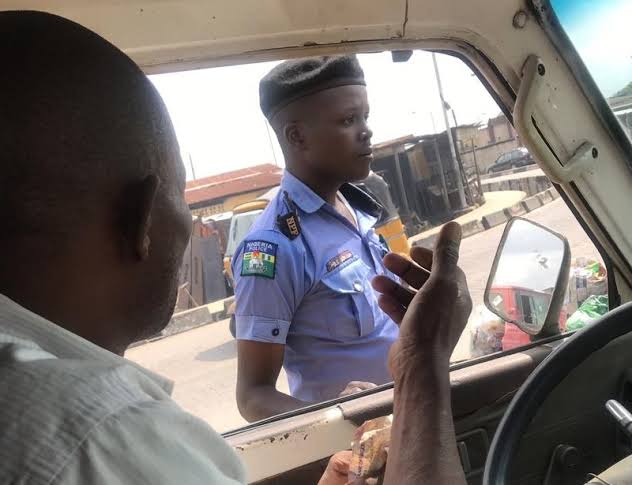 Lagos PPRO, Benjamin Hundeyin disguises around Ikeja, policeman asks him ‘for something’

The Lagos State Police Public Relations Officer, Benjamin Hundeyin, carried out a social experiment by disguising as a civilian and driving at about 11:50pm through police checkpoints.

Hundeyin said he passed through the first and second checkpoints, adding that his “papers weren’t even asked for.”

Hundeyin attempted to stress how to relate with police officers on the road in a polite manner, saying “respect is reciprocal”, adding that people should not be unnecessarily aggressive, as he was passed at a checkpoint after he smiled.

Hundeyin shared his road experience with the police via his verified Twitter handle, late Thursday, where he revealed that police officers asked him to give them “something.”

He tweeted, “I finally carried out my social experiment. I drove around Ikeja at about 11:50pm, in mufti, in a private car. I passed through two police points. I spent five seconds at the first without a word from the police officer. He simply waved me on.

“On both occasions, immediately I was flagged down, I switched on the cabin light and wound down the glass on my side. I greeted first. In addition to this, in the second scenario, I smiled and deliberately appeared friendly.

“Note: They did not recognise me; neither did I identify myself. It never got to that. Papers weren’t even asked for. I am positive there are many people with similar experiences out there. Different strokes for different folks, I know. One thing is sure, however.

“Respect is reciprocal. Appreciate those who stand out there all day and night for lesser pay. Don’t be condescending. Don’t be unnecessarily aggressive. Don’t be docile too. Always be firm with your rights. And don’t resort to taking the laws in your hands.

There isn’t Utopia anywhere. Report the few bad eggs and we will continue to do internal cleansing. Thought to share my social experiment. Will tinker with the variables next time.

He, however, added that this wasn’t to invalidate or trivialise the bad experiences some motorists and commuters had. “Absolutely not,” he emphasised.