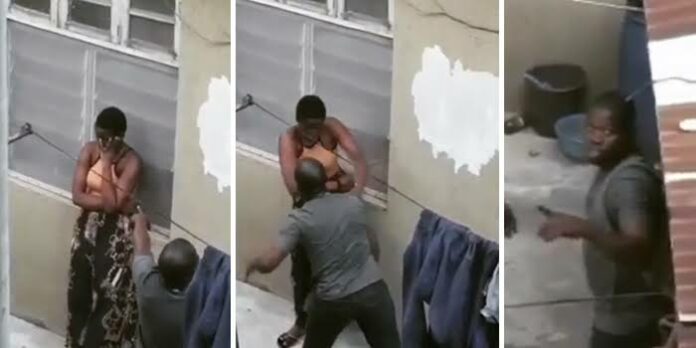 A 31-year-old teacher, Idowu Daniel, was on Monday, sentenced to seven years imprisonment by an Ikeja Special Offences Court for s3xually assaulting his 16-year-old student within a school premises.

The convict was charged with defilement.

Justice Oluwatoyin Taiwo held that the prosecution failed to establish the charge of defilement against the convict, as the victim failed to show up in court to testify.

She said the confessional statement by the defendant, which was made voluntarily, showed that he sexually assaulted the minor.

“The defendant admitted to have fondled the breast of the victim twice and tried to have s3x with her but he could not penetrate as she was a virgin.

“The defendant is hereby convicted on the charge of s3xual assault of a child,” she held.

In his allocutous the convict pleaded for mercy when he was asked if he had anything to say.

“My lord, I am very sorry for what happened. I promise it will not happen again,” the convict told the court.

The judge also lashed out at the convict for touching the survivor in a suggestive way, adding that he would have gotten life imprisonment if the minor had testified in court.

“You are a teacher and you were touching the breast of your student. You would have gone for life imprisonment if the victim had come to court to testify.”

Justice Taiwo, who had earlier sentenced the convict to five years imprisonment, however, increased his jail term to seven years without an option of fine after saying that he had been in custody for three years.

The convict, who lives at the Abule-Egba area of Lagos, was tried for a charge of defilement.

He unlawfully had carnal knowledge of his student in the biology laboratory at Anastasia Comprehensive College, Abule-Egba, Ikeja.

He was remanded sometime in July 2019, by Chief Magistrate.