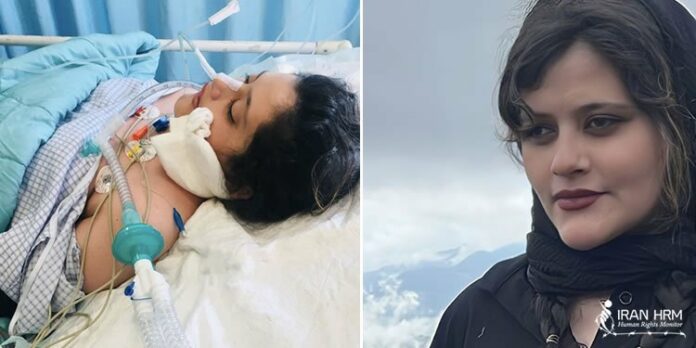 A young Iranian woman has died after she was violently arrested and beaten by Iran’s notorious morality police force for not wearing a hijab, TSB News reports.

According to Mail Online, Mahsa Amini, 22, went into a coma after being arrested in Tehran and died while she was in police custody in Kasra hospital in the capital.

The Islamic Republic’s officials told local media that Amini suffered a heart attack while detained by morality police, denying reports that she had been beaten.

‘They killed my angel,’ her mother told the BBC Persian service. She said her daughter was healthy and without any problems.

She was on a visit to the Iranian capital with her family when she was detained by the special police unit that enforces the strict dress rules for women, including the compulsory headscarf.

‘She came here, they took her and this is what they did to her,’ her mother said.

The interior ministry and Tehran’s prosecutor launched probes into the case of Mahsa Amini after a call by President Ebrahim Raisi, state media reported, but her uncle was quoted by the Emtedad news website as saying the 22-year-old has died after being taken to a hospital following her detention at a station of the morality police.

State TV confirmed her death in a rolling news text without giving details.

Police said Amini had suffered a heart attack after being taken to the station to be “convinced and educated,” state television said, denying allegations she was beaten.

Her brother Kiaresh told the Iranwire  that he was told that she had had a heart attack and a brain seizure and was now in a coma. 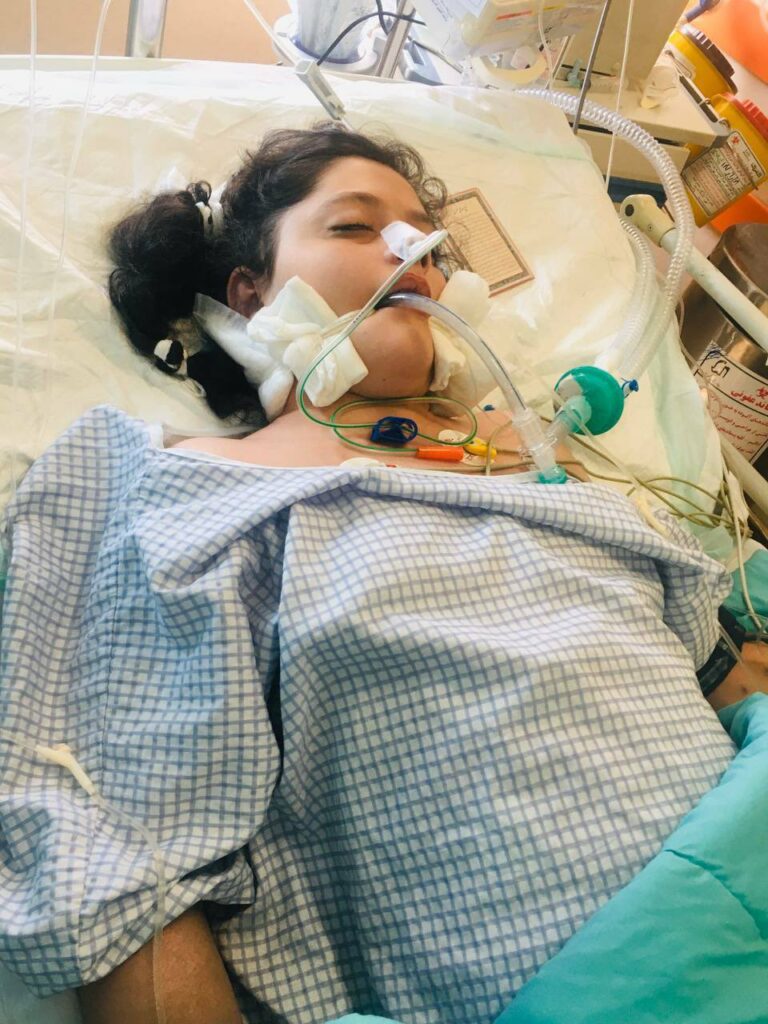 ‘There were only two hours between her arrest and being taken to hospital,’ he said.

Vowing to file a criminal complaint he added: ‘I have nothing to lose. I will not let this end without making a noise.’

The incident was condemned by well-known Iran director Asghar Farhady: ‘you are sleeping on your bed in the hospital, but your are awake more than any of us.’

‘We are in coma. We are pretending to be sleeping and not seeing this nonstop cruelty. We all have a share in this crime,’ the Oscar-winning director said on Instagram.

‘Their kids are going and our kids are dying,’ said Ali Karimi, former striker of Bayern Munich and one of the most famous Iranian footballers.

A statement by the Tehran police confirmed she had been detained for ‘explanation and instruction’ about the dress rules, along with other women.

‘She suddenly suffered a heart problem while in the company of other guided people [and]… was immediately taken to the hospital with the cooperation of police and emergency services.’

It is not yet clear what happened between her arriving at the police station and her departure for hospital.

The 1500tasvir social media channel, which chronicles rights violations by the Iranian police, posted a picture of her in hospital with a tube in her mouth and said she was in a coma.

Police said Amini had suffered a heart attack after being taken to the station to be “convinced and educated,” state television said, denying allegations she was beaten.

‘Sickening,’ the Iranian-British actress and campaigner Nazanin Boniadi wrote on Twitter. ‘How many innocent young lives must be brutally robbed before we all rise?’ ‘Mahsa Amini’s situation is an example of an intentional crime,’ the Iranian freedom of expression campaigner Hossein Ronaghi wrote on social media.

‘The systematic suppression of Iranian women under the pretext of enforcing the hijab by the guidance patrol and the police force is a crime.’

Man Handcuffed Himself To Girlfriend At Night To Ensure She Doesn’t...