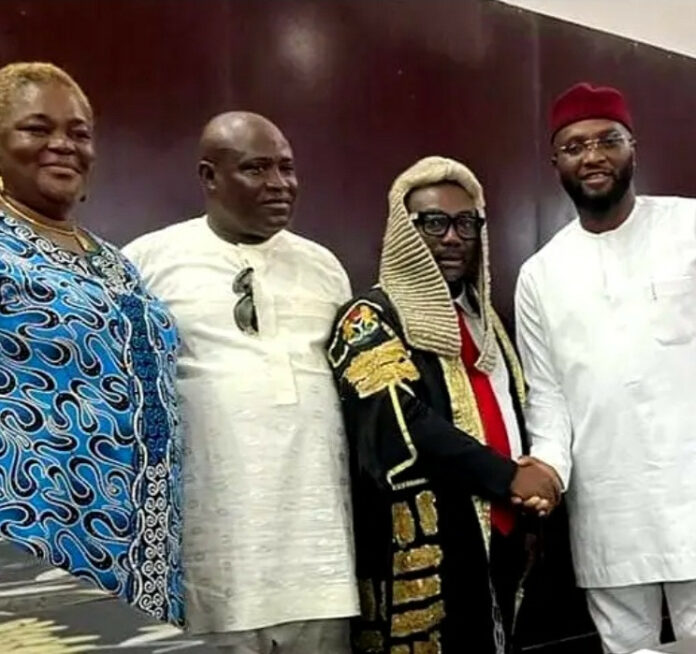 Imo Assembly removes speaker
The Imo State House of Assembly has removed its speaker Kennedy Ibe and replaced him with Emeka Nduka.

Nduka, who represents the Ehime Mbano State Constituency, was immediately sworn-in by the Clerk of the Assembly, Chinelo Emeghara.

Ibe, who represents the Obowo State constituency was elected as speaker in November 2021, after Paul Emezim was impeached as the speaker.

Ibe was on suspension when he was elected as the number one man of the legislature.

This is the worst Christmas – Medical personnel whose account was...