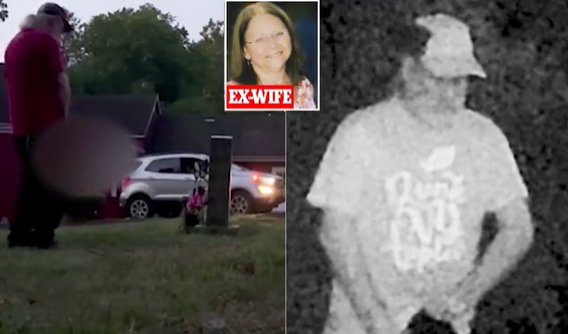 A man has been caught urinating on the grave of his ex-wife Linda Louise Torello whom he divorced 48 years ago, TSB News reports.

In shocking footage, captured by a hidden camera set up by family members, the man can be seen pulling up in his SUV only to get out while leaving the engine running to walk over to a gravesite.

The man can then be seen unzipping his pants in order to relieve himself, completely unaware that his every move is being caught on film.

The footage was posted to Facebook by Michael Murphy, 43, whose mother, Linda Louise Torello, lies six feet under on the gravesite being urinated upon. 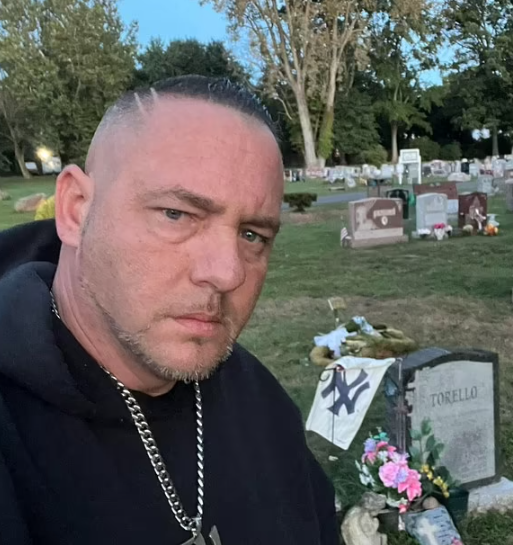 Michael Murphy, pictured at his mother’s gravesite, at first believe the feces that had been left was from a dog walker but then realized it as in fact a deliberate act

‘THIS IS BREAKING MY HEART,’ he wrote. ‘A man from Bergen county New Jersey has been leaving bags of poo and pissing on my mothers tombstone almost every morning like a ‘normal routine’ assisted by his wife also.

‘We have weeks and months of evidence. It has been reported to the police and the news outlets. No one in my family has had contact with him since 1976 or so how he found my mothers gravesite we are not sure. But this stems back to a problem almost 50 years ago. Pray for us thank you and please share this!!!’ Murphy wrote online.

Torello died in 2017 at the age of 66 from cancer meaning her ex-husband may well have been urinating on the gravesite for five years.

She is buried at a cemetery at Tappan Reformed Church in Orangetown, New York.

At first, Murphy noticed a bag containing faeces but thought that it had been left there by mistake, perhaps by a dog walker. But then he noticed the same thing the next time he visited the site.

The police were called and Torello’s children got permission from the manager at the cemetery to place a camera next to the grave in order to catch the perpetrator. 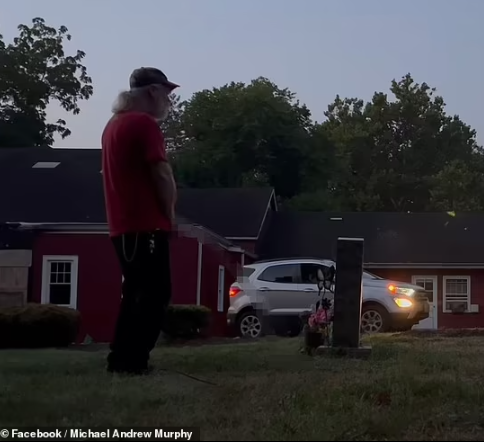 While peeing, the man’s present wife could be seen waiting for him in the nearby SUV.

Upon checking the footage they were shocked to find it was a man who had briefly been married to their mother during the 1970s.

Furthermore, it appears that the man would drive to the cemetery every morning at dawn while his current wife was in the car, simply to walk over to Torello’s grave and to urinate on it.

Murphy said the video and pictures he and his sister recorded indicated that the man drove to the cemetery almost every morning at about 6.15am specifically to desecrate her grave.

‘I can’t get my wife to go out to dinner but this guy gets his wife to go along with him to desecrate my mom’s remains every morning!’ Murphy said angrily. 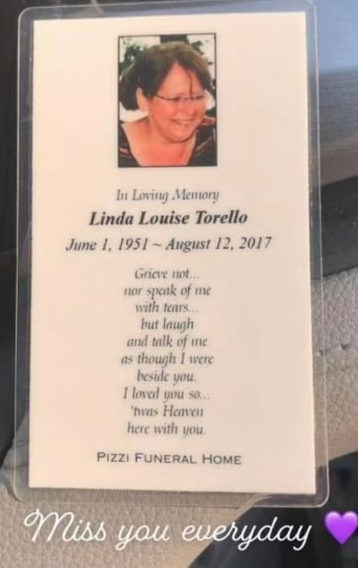 ‘I was shaking while I was hiding. My sister was crying. … I was sick I was so angry,’ he said to the Daily Voice.

Speaking to DailyMail.com, Murphy explained how since the footage was shot the man has now ceased with the daily ritual.