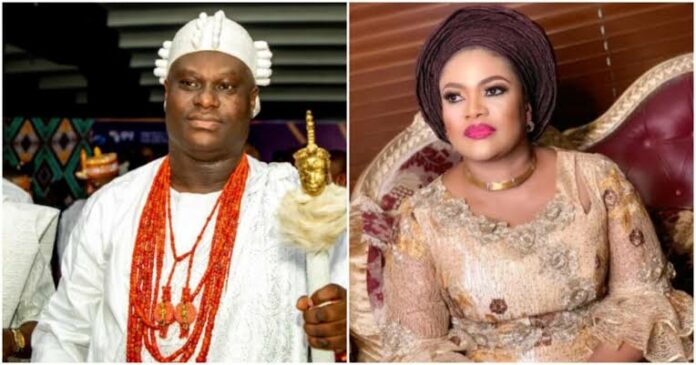 Yoruba’s most powerful monarch, the Ooni of Ife, Oba Adeyeye Ogunwusi has gotten himself a new wife.

Following his third divorce from Olori Naomi Ogunwusi, the Ife monarch has tied the knot for the fourth time.

Recall that in July, reports made rounds that the monarch had gotten himself a new wife.

It seems that is true as the Ooni has finally taken a new wife.

It was learned that the name of his new wife is Olori Mariam.

According to reports Ooni had started arrangements in March for his new wife.

He had sent a high-powered delegation to her family to request her hand in marriage.

Unconfirmed sources said the new Queen is an Ebira girl, and her family lives in Ilorin.

Close circles of the new Queen of Ife described her as a nice and calm girl.