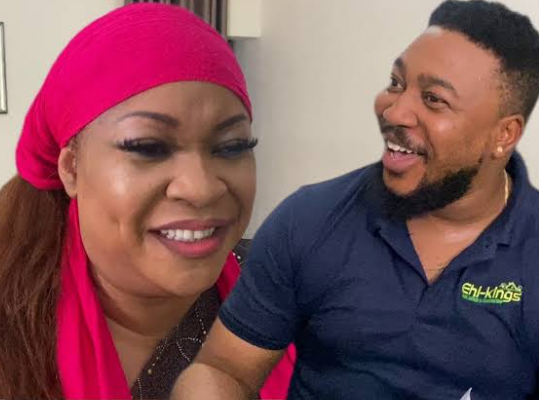 Nollywood Actor, Nosa Rex, in Sugar Mummy scandal after getting a new SUV days after acquiring a mansion

Nollywood actor, Nosa Rex Okunzuwa, popularly known as Nosa Rex, who recently splashed millions on a brand new SUV days after a multimillion naira house has got tongues wagging about the source of his all-of-a-sudden wealth which some have attributed to sugar mummies.

Recall that Nosa Rex bought himself a brand new Lexus SUV to celebrate his achievements in the industry, barely a few days after they acquired a new mansion in the heart of Lagos and paid in full.

“We paid in full!!! Thank you, Jesus! What God can not do, does not exist,” Nosa Rex’s wife announced on social media after they marked their 7th wedding anniversary on August 22, 2022.

Mixed reactions have now trailed the different acquisitions as some fans have opined that the married father of three, is probably making the money from some rich sugar mummies, and not just acting.

Nosa Rex, a father of three via his Instagram page revealed that his wife had tolerated his excesses. He also showered praises on her for always being there for him.

“Na wa o. I wonder which woman is funding this lifestyle. Because it’s not a movie that will give this much money to buy this. Tell us the woman that funded this. Stop misleading young men” one Evelyn reacted on Instagram.

Some other fans also noted that if such a lifestyle was displayed by a female actor, many would have opined that she has some sugar daddies footing her bills.

One Mr Iyke wrote “Imagine how partial and bais we could be in rating people’s success…If it’s a Female Nollywood actress that bought a house and an automobile, I’m sure people will attribute their success to one Sugar daddy or Chairman somewhere.

Now it’s a male and all I’m seeing is congratulations. Please let’s stop making it look like women have no destiny or successful values in Nigeria. Women are built to be the successful the same way men were built to.” 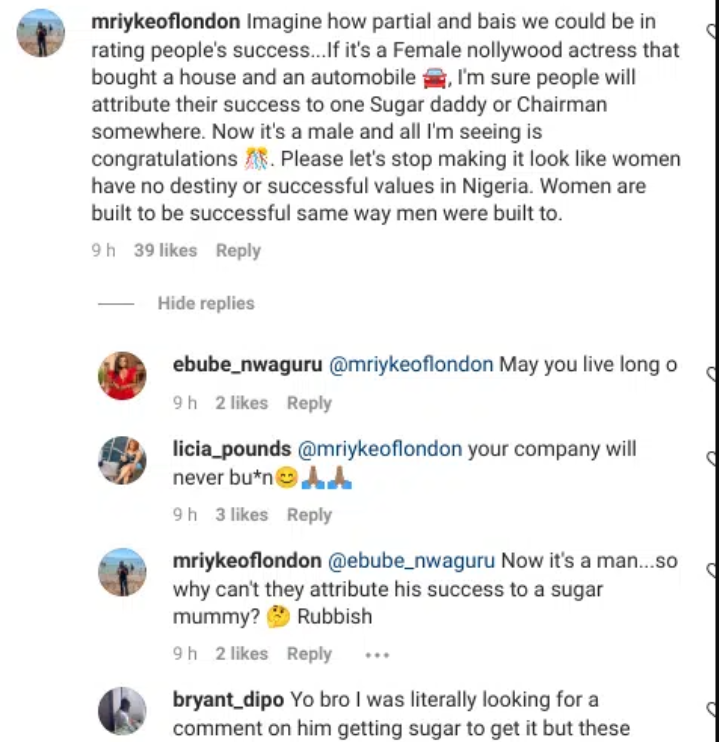 Throwback Video of BBNaija host, Ebuka being evicted from the first...