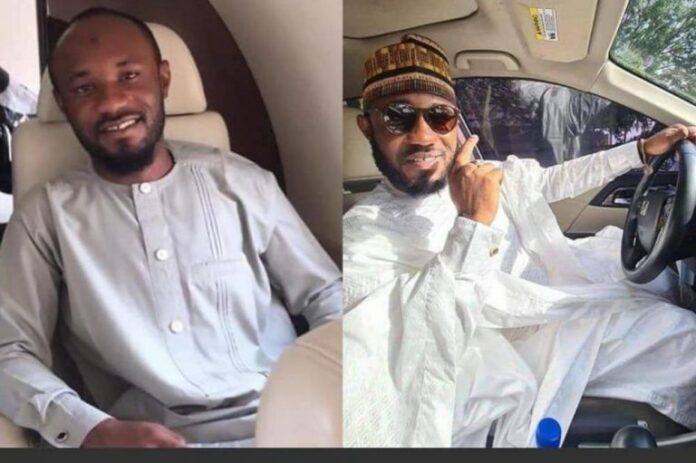 A prominent Nigerian senator son has been murdered by friend, Tsbnews Media reports.

Sadiq a lawyer at Nigerian assets management agency was reportedly murdered in a hotel on Tuesday evening in Abuja.

According to Kabiru Ado Muhd on Facebook “Sadiq was invited by his best friend to a hotel in Abuja. He was stabbed in the chest and dumped in the hotel’s pool. The friend took his phone and transferred N20m”

It is also reported that Sadiq’s murder was masterminded by a friend over the sum of N3.5m.

Meanwhile the FCT Police Command’s Spokesperson, Josephine Adeh, confirming the incident, noted that five suspects in connection with the murder were in police custody as investigation continued.

Sadiq Gaya, a law graduate of Ahmadu Bello University, Zaria and graduate of LL.M University in Wales, United Kingdom was buried immediately according to Islamic rites and is survived by a wife and two children.