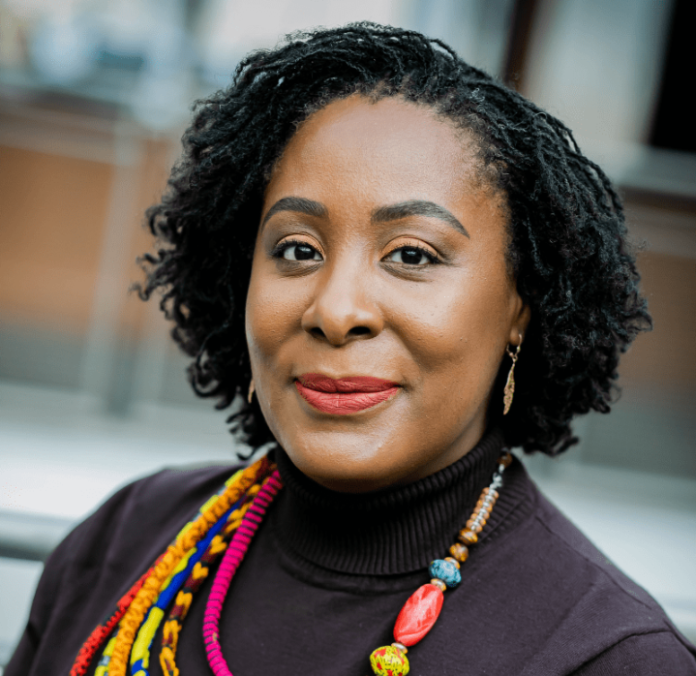 Anya has continued her campaign of vengeance against the British monarchy since the death of Queen Elizabeth.

Controversial Professor, Uju Anya, has doubled down on her criticism of the late Queen Elizabeth II of England.

The latest comments from the American professor of Nigerian descent suggests she’s not remorseful despite barrage of criticisms her earlier posts had attracted.

A looted crown: Speaking in an interview with foreign based news platform, The CUT, the unapologetic Anya questioned how the late Queen’s crown was gotten in the first place.

She alleged that the crown Elizabeth wore was not her own but was rather “plundered from the lands they exploited and extracted.”

“Queen Elizabeth was representative of the cult of white womanhood. There’s this notion that she was this little-old-lady grandma type with her little hats and her purses and little dogs and everything — as if she inhabited this place or this space in the imaginary, this public image, as someone who didn’t have a hand in the bloodshed of her Crown. How did she have that Crown?

“Even the crowns she wears are looted, and plundered from the lands they exploited and extracted from. The entire treasury is a legacy of thievery that was achieved by murder, by enslavement, and it didn’t stop after independence.”

While commenting on how she’s been coping with the backlash she got on Twitter over her earlier comments, the Professor noted that she had even been locked out of the platform.

“I’m trying to do okay. I haven’t been on Twitter because I’m locked out, but the hate is coming into my email inbox. People are saying, ‘Oh, I don’t know what you’re on about because the queen oversaw the independence of Nigeria and Trinidad.’ That’s meaningless. They were still Commonwealth nations. They have independence in a figurehead way, while Britain installed puppet leaders that bowed to the queen.