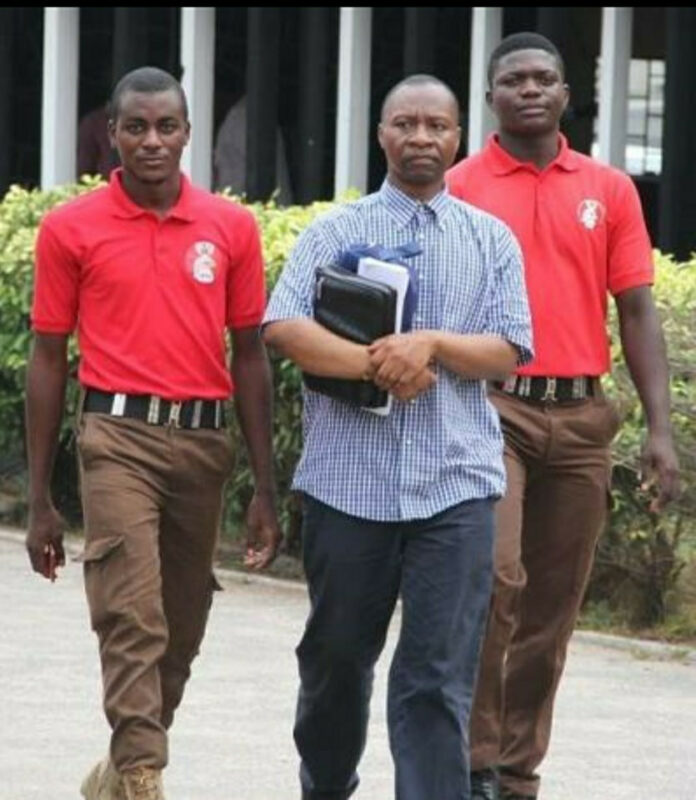 Justice Oluwatoyin Taiwo of the Special Offences Court sitting in Ikeja, Lagos, has convicted and sentenced a pastor, Ayodeji Ibrahim Oluokun, to two years in prison.

The assistant pastor of the Redeemed Christian Church of God (RCCG), City of David Parish, Victoria Island, was jailed on Tuesday, September 21, 2022.

Oluokun’s conviction came, consequent on his arraignment by the Lagos Zonal Command of the EFCC, alongside his company, Peak Petroleum Industry Nigeria Limited, on an amended six-count charge bordering on issuance of dud cheques, stealing and obtaining by false pretence to the tune of $1.6 million on January 19, 2019.

Justice Oluwatoyin Taiwo, in her judgment, held that the prosecution had successfully proved the charge of issuance of a dud cheque against the defendants.

Taiwo, however, discharged and acquitted the defendants of stealing and obtaining money under false pretences.

“The defendant issued two cheques in the sum of 1.6 million dollars to the nominal complainant, which was dishonoured because there was no fund in the defendant’s account. Issuance of a cheque for lack of credit is a strictly liable offence,” said Taiwo.

“If the defendant was truly expecting some money till the end of July 2014 as claimed by him, he would have waited till he received the money before issuing the cheque on June 24, 2014,”

The judge said the first defendant knew all of these and still went ahead to issue the cheque dated June 24, 2014.

“It is hereby in the view of this court that the defendant was deliberate in issuing the dud cheque. He is hereby found guilty of counts one and two of issuance of dud cheque.

“The defendants, however, are discharged and acquitted of stealing and obtaining money under false pretences as the prosecution failed to establish the facts against them,” she said.

She ordered the convict to make restitution of 1.6 million dollars to the nominal complainant within 18 months.

The defence counsel, Mr Edoka Onyeke, in his allocutus, prayed the court to grant the convict a non-custodial sentence, adding that he was a pastor and could use his pastoral work as service to humanity, through community service.

“My lord, apart from the defendant being a first offender, if he is incarcerated, he will not be able to carry out the necessary things on behalf of the second defendant so as to make the restitution easy.

“The first defendant is a pastor of a church. This is a very good opportunity for him to engage in community service instead of a custodian sentence so as to preach the word of God. On a final note, the defendant has promised to involve the nominal complainant in order to make the restitution,” Onyeke said.

Counsel to the Economic and Financial Crimes Commission (EFCC), Mr Samuel Daji, however, urged the court to convict the defendants as charged.

He argued that the convict and the nominal complainant had not been on talking terms, thereby making the terms of restitution difficult to meet.

He also prayed the court to order the defendant to forfeit his property in order to pay up the debt.

“My lord, from the evidence before this court, the defendant is not committed. It has been nine good years my lord. A dollar was N150 at the time the loan was granted to the defendant. The defendant does not even greet the nominal complainant unless it is of utmost necessity.

“There is an evidence that the defendants never want to settle this case. The defence counsel said he is a pastor. My lord, the more reason he should be given a custodial sentence in order to serve as a deterrent to others.

The court has stated mandatory sentence. We shall be asking for restitution. I shall be urging the court to order the defendant to forfeit his property so as to use it to pay his debt,” Daji said.

He said when presented for payment, the cheque was dishonoured on the ground that there were no sufficient funds standing to the credit of the account on which the cheque was drawn.

The offences contravened Sections 1(1) (b) of the Dishonoured Cheques (Offences) Act, Cap D 11 Laws of the Federation of Nigeria, 2004, and Section 285 (1) of the Criminal Law of Lagos State and section 1(3) of the Advance Fee Fraud and other Fraud Related Offences.

Man hangs himself in hospital’s toilet after being admitted there for...