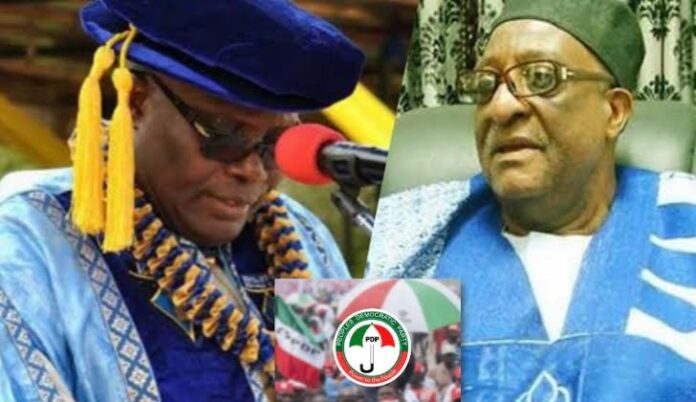 Senator Walid Jibrin as tendered his resignation as the Chairman Board of Trustees (BoT) Peoples Democratic Party (PDP).

Jibrin made his decision known at the ongoing PDP BoT meeting in Abuja.

According to him, this is to ensure the PDP candidate, former Vice President, Atiku Abubakar, wins the 2023 election.

A former Senate President, Adolphus Wabara, has been named acting Chairman, Board of Trustees of the Peoples Democratic Party, following the resignation of Walid Jibrin, The PUNCH learnt on Thursday.

He has also been named the Political Adviser of the National Chairman of the PDP, Dr. Iyorchia Ayu.

Wabara, who was before now, the Secretary of the PDP BoT, would be appointed to the presidential campaign council of the PDP.

A source said the decision was taken a few moments ago at the ongoing BoT meeting taking place in Abuja.

“The Sokoto State Governor, Aminu Tambuwal, will also resign shortly as the Chairman of the PDP Governors Forum,, the source said.