After missing out on Super Falcons list, 28-year-old Ordega takes to social media to show off style.

Super Falcons of Nigeria forward, Francisca Ordega, has taken to social media to show off her style.

The 28-year-old Ordega is one of the most fashionable players in the national team with her daring outfits.

Ordega was a key member of the Super Falcons team that finished fifth at the 2022 Women’s Africa Cup of Nations (WAFCON) in Morocco.

Franny is now back in Russia with her club CSKA Moscow contending in the Women’s football championship.

Since the WAFCON, Ordega was not invited to the Super Falcons team that lost 4-0 in Kansas and 1-2 in Washington DC to the United States of America Women’s national team (USWNT).

Ordega showed off her style with new photos posted to social media on Wednesday, September 21, 2022.

In the photos, Ordega is wearing a brown overall with flowers, a scarf, shades, and white slippers.

Along with the photos was a message that said, “Celebrating this lady franny, who inspires confidence in all that she does. She is strong, confident, and bold a true inspiration to others.” 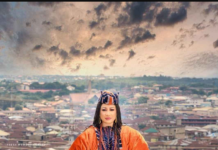 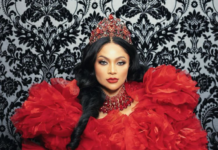