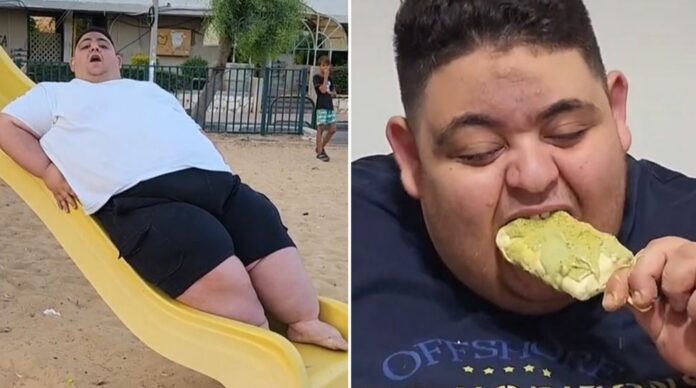 TikTok Star, Idan Ohayon Popular For Mocking His Own Weight Dies At 28

Popular Israeli Tiktoker known for ridiculing his weight and posting about his fondness for eating has passed on at the age of 28.

Idan Ohayon, who has more than 140,000 followers on TikTok, died on Tuesday night, September 6, at Barzilai Medical Center in Ashkelon.

Ohayon’s family said that his cause of death was a medical condition without explaining further.

The Israeli became famous on Tiktok for posting videos of himself eating food and mocking his obesity.

Ohayon’s 140,000 TikTok followers paid tribute to the influencer, saying they were ‘devastated’ by his death.

‘My heart is torn to pieces, such a young man. May his memory be blessed,’ one fan wrote on Tiktok.

Ohayan’s adequate following on TikTok, as well as his 52,000 followers on Instagram and thousands of subscribers on YouTube, made him a well-known influencer in Israel.

One fan wrote on Ohayon’s Instagram page: ‘I’ve known you since you started with the network, I’ll miss you dear friend.’

His funeral was held on Wednesday at a ceremony in the Israeli city of Kiryat Gat.

Ohayon, who is survived by his mother, brother, and sister, was cast on a documentary-reality show called ‘The Creatoks’ a few months ago.

He was set to compete with other influencers on the show to win the title of Israel’s best content creator.

Ohayon told Israeli media a few months ago that he had taken a break from social media – but when he returned, he posted a series of videos on TikTok and ended up with thousands of followers.

‘One day, I decided to return to social media, so I updated a video on Tiktok,’ Ohayon told Ynet.

‘Suddenly, I reached 300,000 views in 24 hours, so I posted another video and another one, and views kept coming.

‘I returned to my old life and gained a lot of followers and it was cool. People even recognised me when I was walking on the street and asked for selfies.’

I Dropped My Presidential Ambition For Buhari – Saraki