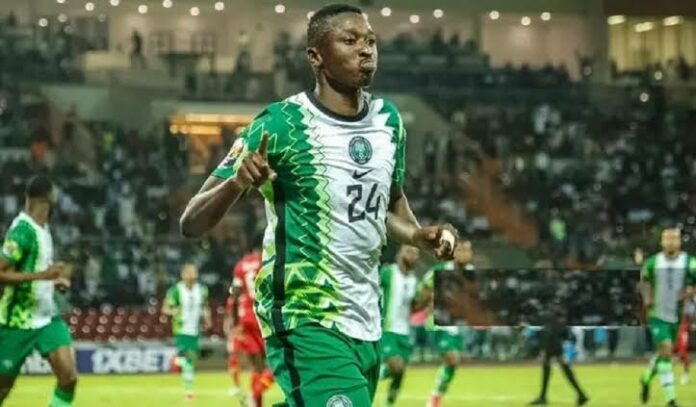 Umar Sadiq could miss Nigeria’s upcoming international friendly against the Desert Foxes of Algeria after sustaining an injury while in action for his club, Real Sociedad on Sunday night.

Sadiq sustained a freak injury in the first half of Real Sociedad’s 2-1 defeat at Getafe.

The striker was replaced by France forward, Mohamed-Ali Cho in the 38th minute.

The 25-year-old is expected to undergo tests on Monday (today) to determine the extent of the injury.

The image has been ugly, but we have to wait for the tests,” a worried Real Sociedad coach, Imanol Alguacil said after the game.

Sadiq moved to Real Sociedad from another LaLiga club, Almeria, on the final days of this summer’s transfer window and scored on his debut against Atletico Madrid.

A spell on the sidelines will see him miss Nigeria’s upcoming international friendly against Algeria in Oran on September 27.

Another striker, Victor Osimhen is already ruled out of the game after sustaining an injury in Napoli’s UEFA Champions League clash against Liverpool last week.

I’m Ready To Fight For Super Eagles No.1 Shirt