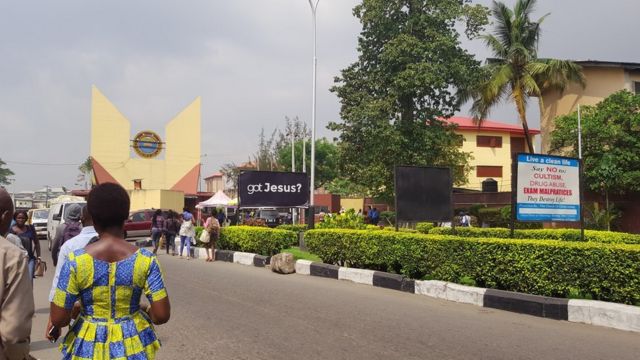 UNILAG speaks on calling off strike

The University of Lagos (UNILAG) chapter of the Academic Staff Union of Universities (ASUU) has debunked claims that the institution pulled out of the ongoing strike by the national union.

ASUU has been on strike since February 14 over the federal government’s alleged failure to meet its demands.

On Monday, the union extended its strike and vowed not to back down until its demands are met.

There were, however, rumours that the UNILAG chapter of the union has suspended its strike.

Reacting in a statement, Dele Ashiru, the varsity’s ASUU chairman, asked the public to disregard the claims.

Ashiru also insisted that the strike “is still in force” at the institution, adding that there is no threat to it whatsoever.

“The attention of the leadership of ASUU-UNILAG has been drawn to a fake and dubious news purporting that ‘ASUU-UNILAG chapter gives up for the first time, votes for suspension of the strike,” the statement reads.

“This is to inform the general public that the strike in UNILAG is still in force and there is no threat to it whatsoever.

“ASUU-UNILAG is convinced that the strike action is a just and patriotic struggle to save the public university system in Nigeria from imminent collapse.”