Premier League fixtures this weekend are likely to be postponed in honour of Queen Elizabeth who died on Thursday, according to reports.

The Daily Mail reports that Premier League officials were locked in talks with the government on Thursday night to discuss whether this weekend’s football can go ahead with the nation in mourning following the death of Her Majesty The Queen.

The UK and Commonwealth on Thursday evening entered an extended period of mourning following the death of Queen Elizabeth II.

The Britain’s longest-serving monarch passed away at Balmoral at the age of 96 after reigning for 70 years.

Although, there is no official directive from the government to cancel sporting events, but it’s been reported that most fixtures and events will be postponed.

The Department for Digital, Culture, Media and Sport (DCMS) and the English football leagues will now be discussing the plan moving forward on postponing fixtures.

The DP World Tour confirmed that the BMW PGA Championship would be stopped for the remainder of play on Thursday.

The statement read: “Following the death of Her Majesty Queen Elizabeth II, play in the BMW PGA Championship has been suspended for the remainder of Thursday. All facilities in the Championship Village will close with immediate effect. Further updates and guidance will be provided shortly.”

The Premiership Rugby season was also scheduled to get underway this evening between Northampton Saints and Saracens.

But both teams released statements on social media confirming the game had been postponed in the wake of The Queen’s death.

Earlier on Thursday, Arsenal’s game against Zurich in the Europa League observed a minute silence at halftime for the monarch while Manchester United honoured the late monarch with a minute silence before their match kicked off against Real Sociedad. 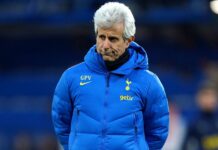 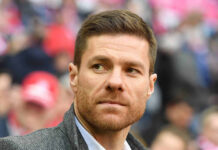 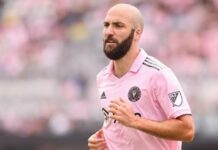 Blow for Super Eagles as Germany call up Felix Uduokhai