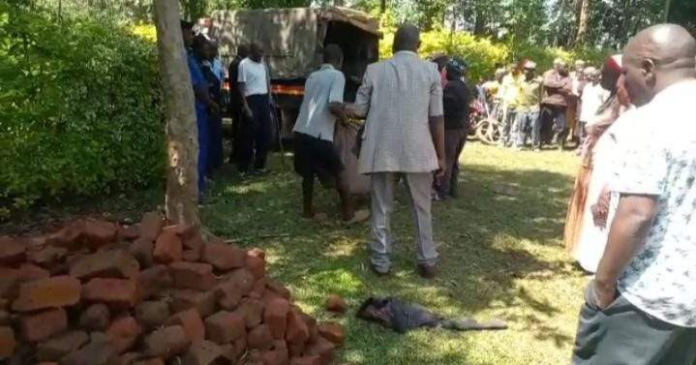 A suicide note written by a Kenyan man who took his own life in Korogocho, Nairobi, is making headlines.

The 45-year-old man identified as Chris Mango Odhiambo killed himself on September 15, a week after his wife left their matrimonial home with their children following a domestic dispute.

Local publications reported that the man’s corpse was discovered shortly after his 10-year-old son visited him to ask for money for food, and also to collect some personal items.

After he discovered that the door was locked from the inside, he went back to the house he and his siblings were staying with their mother and informed her of the development.

They both came back to Odhiambo’s house together and saw that he had hanged himself after they peeped through the window.

They raised an alarm which attracted the attention of neighbours who helped them break into the house.

A suicide note in which the Kenyan man told his estranged wife to be wary of his wrath when they meet in heaven was discovered.

“The two differed on Friday last week over domestic issues and the wife moved out with the children. Later, the kids went back to the father’s house to pick households but did not find him.

“The ten-year-old son went the following morning to inquire about money for food from the father who did not respond despite knocking on the door severally.”

The corpse of the Kenyan man has been moved to the city morgue and is currently awaiting a post-mortem and further probe.

Intelligence Test: How many animals do you see?