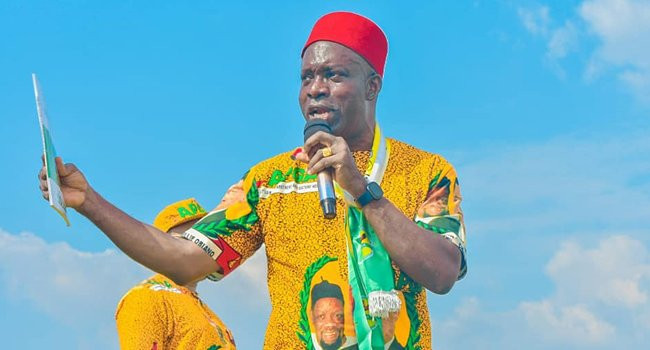 Soludo, in a statement released by his Press Secretary, Christian Aburime, said the allegation is the handwork of faceless individuals.

Re: Soludo charges Anambra APGA to Work Against Peter Obi, dreams of Presidency after Atiku

We note with disdain the fallacious and distasteful publication of a write-up with the above heading by a faceless individual(s).

We would have chosen to ignore this mischievous and utterly despicable publication, but for the benefit of a few innocent Ndi Anambra who could be misinformed by the write-up.

The following should, however, be noted:

1) That Governor Chukwuma Soludo, CFR, only held a private meeting with his party members of the All Progressives Grand Alliance (APGA). This meeting is a routine gathering where issues concerning APGA are discussed.

At no time during the meeting was Mr Peter Obi, a point of discourse.
It is pertinent to note that issues discussed at the meeting were purely issues relating to APGA affairs
We, therefore, urge Ndi-Anambra and members of the general public to completely ignore and disregard the publication in all its entirety

This Is How A lady Reacted After She Heard Her Boyfriend...