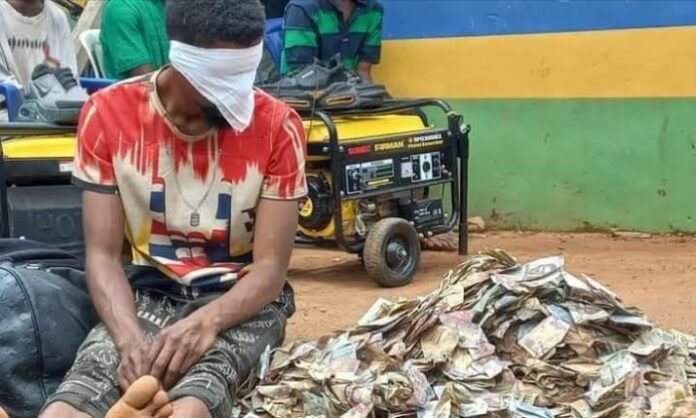 A 32-year old man, Akindele Opeyemi Olufemi, was on Tuesday paraded by the Ekiti State Police Command for allegedly breaking into a church’s offering vault to steal over N600,000.

The suspect was arrested at a “Stop and Search Point” of the Safer Highways of the Command, according to the police.

It was gathered that, Olufemi who was on a Motorcycle, initially rebuffed all attempts by the police to search his bag.

However, when he was overpowered by the Police, they discovered he had different denomination of Nigerian Currency with him. He was subsequently arrested after he couldn’t explained how the money came about.

Confessing to the crime, he said he served in the church for two years as a security guard and resigned earlier this year, so he went back to the Camp Ground in the guise of a “Personal all night Prayer” and made away to the church offering vault containing over N600,000.