An MRI (magnetic resonance imaging) study has found that drinking alcohol even in moderate to low amounts during pregnancy can change the baby’s brain structure and delay its development.

For the study presented on Tuesday at the annual meeting of the Radiological Society of North America (RSNA), a group of researchers analysed MRI exams of 24 foetuses with prenatal alcohol exposure.

The foetuses were between 22 and 36 weeks of gestation at the time of the MRI.

Alcohol exposure was determined via anonymous surveys of the mothers.

Seventeen of 24 mothers drank alcohol relatively infrequently, with average alcohol consumption of less than one alcoholic drink per week.

One mother consumed an average of 14 or more drinks per week.

The researchers found that the foetal total maturation score (fTMS) for the babies with alcohol exposure was significantly lower than in the age-matched controls while the right superior temporal sulcus (STS) was shallower.

The researchers said the brain changes were seen in the foetuses even at low levels of alcohol exposure.

“We found the greatest changes in the temporal brain region and STS. We know that the formation of the STS has a great influence on language development during childhood,” said Gregor Kasprian, senior author of the study.

Although they stated that the long-term effects are still unclear, the researchers said alcohol consumption during pregnancy can expose the foetus to a group of conditions called foetal alcohol spectrum disorders. 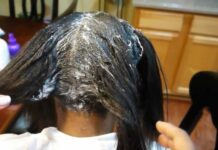 The truth about Hair relaxers

Important Health Benefits Of Cashew Nuts You Should Know