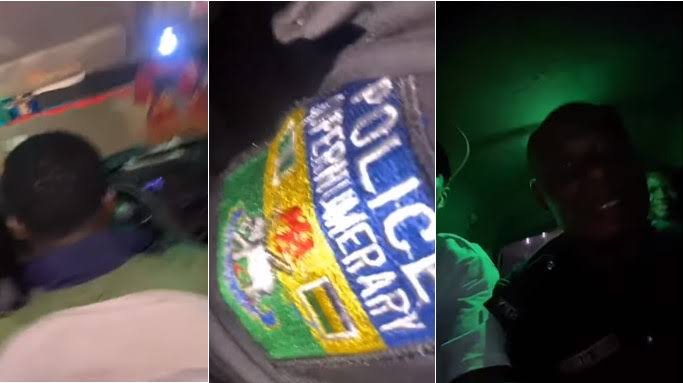 A group of young boys have been seen in a video driving a police officer in uniform to an undisclosed location.

The officer had apparently jumped into their vehicle after stopping them at night and they decided to drive off with him inside.

There were five boys in the car with the police officer, making it a total of six passengers.

He was sandwiched between two of the youths at the back of the car and the person recording said; ‘We dey carry am go where e no know’.

The person who recorded continued to make mockery of the policeman as he showed his face on camera.