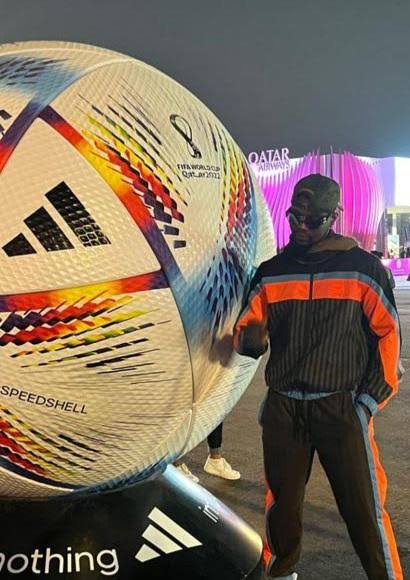 Kizz Daniel treated the audience to a performance at the ongoing 2022 FIFA World Cup in Qatar.

The 22nd edition of the global football tournament kicked off on November 20 in the Asian continent.

A music festival was also organised as one of the side attractions that come with the festivities of the World Cup.

Kizz Daniel entertained over 40,000 fans present at the festival with a collection of hit songs from his catalogue.

The audience cheered on and on as many sang along with the ‘Madu’ hitmaker.

From Nigeria to the World 🇳🇬🌍

Big congrats to @KizzDaniel for performing live at the #FIFAWorldCup2022 ⚽️🏆 pic.twitter.com/QcMGKfA6MO

Leo Dasilva reveals the age at which he wrote his first...