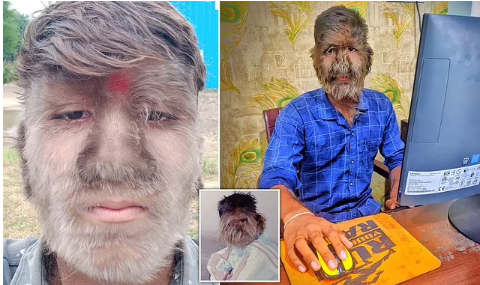 Werewolf syndrome’ sufferer, Lalit Patidar reveals how he has been bullied all his life due to rare condition but vows to ‘always be happy

A 17-year-old sufferer of ‘werewolf syndrome’ has revealed he has been bullied all his life due to his rare condition, but vowed to ‘always be happy and keep others happy’.

Lalit Patidar is a student from the small village Nandleta in Madhya Pradesh, India. His whole body has been covered in hair from the age of six, when he was diagnosed with hypertrichosis – an extremely rare condition thought to have only been found in around 50 people since the middle ages. 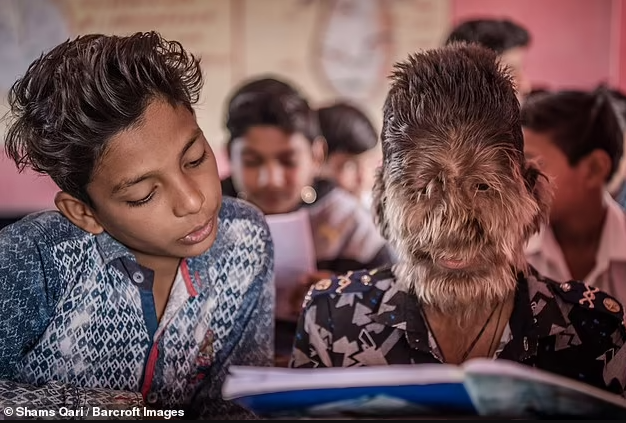 His condition means he has stood out all his life, and as a result he has been called ‘monkey boy’ by cruel school children who say they are afraid he will bite them.

But despite being bullied, he has spoken of his positive outlook on life, saying that he now has dreams of becoming a successful Youtuber.

‘I come from a normal family, my father is a farmer, and I am currently a senior in high school studying in 12th grade. At the same time I help my father in his farming work,’ Lalit said. 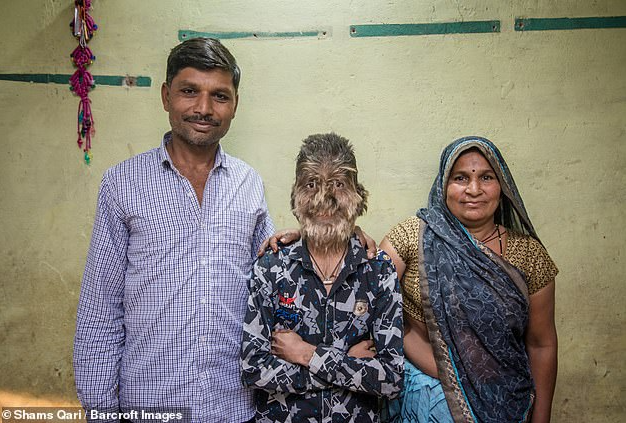 ‘I have had this hair my whole life, my parents say the doctor shaved me at birth but I didn’t really notice anything was different about me until I was around six or seven years old. That’s when I first took notice that the hair was growing all over my body like no one else I knew.

‘Since then I have found out it is because I have a condition called hypertrichosis. It is rare and as far as I know only fifty people in the world have been affected by this.

‘There is no history of hair growth conditions in my family, I am the only one who has this disease,’ the teenager said.

Hypertrichosis is characterised by an abnormal amount of hair growth over the body.

‘My Wife Left Me For Her Cousin After I Saw Them...