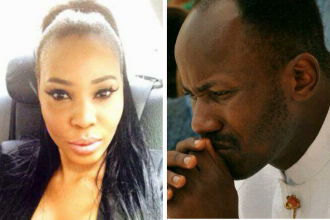 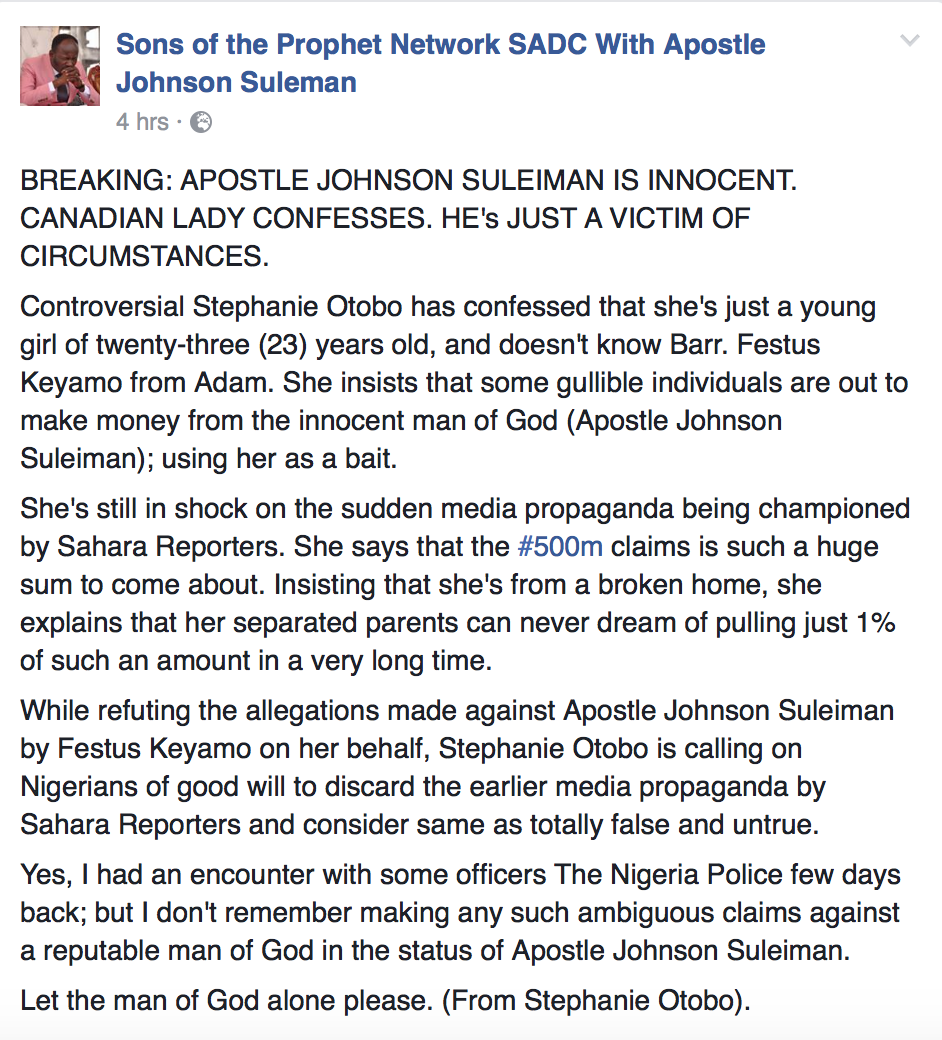 Controversial Stephanie Otobo has confessed that she’s just a young girl of twenty-three (23) years old, and doesn’t know Barr. Festus Keyamo from Adam. She insists that some gullible individuals are out to make money from the innocent man of God (Apostle
Johnson Suleiman); using her as a bait.

She’s still in shock on the sudden media propaganda being championed by Sahara Reporters. She says that the #500m claims is such a huge sum to come about. Insisting that she’s from a broken home, she explains that her separated parents can never dream of pulling just 1% of such an amount in a very long time.

While refuting the allegations made against Apostle Johnson Suleiman by Festus Keyamo on her behalf, Stephanie Otobo is calling on Nigerians of good will to discard the earlier media propaganda by Sahara Reporters and consider same as totally false and untrue.

Yes, I had an encounter with some officers The Nigeria Police few days back; but I don’t remember making any such ambiguous claims against a reputable man of God in the status of Apostle Johnson Suleiman.

Let the man of God alone please. (From Stephanie Otobo).