Blogger Emeh Achanga of MisspetiteNigeria who recently spoke on the crash of her relationship with her baby daddy has clarified that she didn’t suffer any form of physical abuse from him.

Hello guys, yesterday, I shared my thoughts with journalist Tope Delano about Post-natal depression and how it affected me ….

Though a few headlines were slightly taken out of context as my intention was to focus on my battle with post-natal depression and how it affected me professionally,not on my personal life.

I also want to categorically state that, I did not suffer any form of physical abuse from my baby’s father.Also ,contrary to popular opinion,I have never been legally married (that was a personal desicion too).

That said, I really feel Postatal-depression is something many Nigerians should be aware of………

For those who are not aware, anywhere from 40 to 80 percent of new mothers experience the baby blues – an emotional state of tearfulness, unhappiness, worry, self-doubt, and fatigue.

However, if your feelings seem unusually intense and have lasted longer than two weeks straight, you could have postpartum depression (PPD).
Post partum depression is a type of mood disorder associated with childbirth.

Extreme sadness, emptiness, or hopelessness
-Crying all the time
-Loss of interest or lack of enjoyment in your usual activities and hobbies
-Trouble falling sleep at night, or trouble staying awake during the day
-Loss of appetite or eating too much, or unintentional weight loss or weight gain
-Overwhelming feelings of worthlessness or overpowering guilt
-Restlessness or sluggishness
-Difficulty concentrating or making decisions
-Feeling that life isn’t worth living

-Being irritable or angry
-Avoiding friends and family
-Worrying excessively about your baby
-Being uninterested in your baby, or unable to care for her
-Feeling so exhausted that you’re unable to get out of bed for hours

In rare cases, some women with PPD experience delusional thoughts or hallucinations and may harm their baby.

While the exact cause of PPD is unclear, the cause is believed to be a combination of physical and emotional factors.

In March ,celebrity Chrissy Teigen opened up on her battle in a Essay for Glamour magazine….

“A year ago, in April, John and I started our family together. We had our daughter, Luna, who is perfect. She is somehow exactly me, exactly John, and exactly herself. I had everything I needed to be happy. And yet, for much of the last year, I felt unhappy. What basically everyone around me — but me — knew up until December was this: I have postpartum depression.”“
Personally,as a blogger,I dealt with post-natal depression and it affected my output and everyday is still a struggle.Yes while people see me and say goals, I see a shattered woman who sits and sometimes daydreams of ending it all.
And did I open up? Yes I did but no one understood me.

I recall my first experience with depression started after having a c-section,I hated myself.I was crying non-stop and worried about blogging.
Confined to a hospital bed and unable to eat or drink water for the first 3 days was hell for me.The, I remember not feeling attached to my baby and I hated when anyone touched or came close to her. I wasn’t allowed to hold her for long as I was still in pain.So anytime she cried in hunger, the nurses or her father’s mum would brig her to me to breastfeed. Oh the pain was intense ! Once i was done, I would want to cuddle her a bit to relieve the pain and she would be snatched away from me (for my own good)

However, I did not see it that way. I wanted her on the bed with me,not in a cot.I felt like I was of no use and felt like a bad mother for going through a c-section.
Continuously sedated because of the intense pain,I walked to the hospital corridor,desperately seeking the opinion of a doctor.

Had hallucinations I would die if I slept off after being sedated.
A young male doctor approached and saw me in tears outside and was shocked .

Madam what are you doing outside, you are not allowed to sit up,you need to lie down” he said

‘No,no, doctor,please help me.I am feeling crazy.I think they are trying to take my baby away from me.Please, tell everyone not to touch my baby.”

He looked at me like I was crazy..And he was right.I was crossing the thin line between sanity and insanity.

Doctor, you don’t get it.I’m depressed. I hate myself right now.I am not bonding with my baby and i’m scared of hating her.
He looked at me like and though he seemed confused,he said ok ok, let’s go back in and I would tell everyone around.

He took me in and told my daughter’s father, his mum ,my friend to not take the baby from me immediately I’m done breastfeeding to enable me bond with her.

They were of the opinion that I have a whole lifetime to bond with her. Afterall,she was my daughter and they said I would get tired of bonding. But those first few days were crucial to me.I didn’t want to end up on the news as that new mum who strangled her baby in her sleep.

I recognized early that I was going through post-natal depression and made a conscious effort to fight it.
Sadly, millions of women in Nigeria have no idea about it and people mistake depressed new mothers as just troublesome,nags and more.
Instead, their spouses or partners, withdraw ,isolate them,refuse to take them out ,get lovers and continue to isolate the women.

However, some lucky women get all the support they need,understanding,get medical help and therapy.

I couldn’t figure out why I was so unhappy. I blamed it on being tired and possibly growing out of the role: “Maybe I’m just not a goofy person anymore. Maybe I’m just supposed to be a mom.

When I wasn’t in the studio, I never left the house. I mean, never. Not even a tiptoe outside. I’d ask people who came inside why they were wet. Was it raining? How would I know—I had every shade closed. Most days were spent on the exact same spot on the couch and rarely would I muster up the energy to make it upstairs for bed. John would sleep on the couch with me, sometimes four nights in a row. I started keeping robes and comfy clothes in the pantry so I wouldn’t have to go upstairs when John went to work. There was a lot of spontaneous crying…..
Unfortunately,in Nigeria, there is hardly provision for that.

In other climes, the doctor I cried out to would have realized I needed therapy and treatment .Once I mentioned death and suicide ,I needed to be immediately placed under observation,not as a new mum,but a depressed mum….

As Chrissy wrote she got medical help…….

My doctor pulled out a book and started listing symptoms. And I was like, “Yep, yep, yep.” I got my diagnosis: postpartum depression and anxiety. (The anxiety explains some of my physical symptoms.)
I remember being so exhausted but happy to know that we could finally get on the path of getting better. John had that same excitement. I started taking an antidepressant, which helped. And I started sharing the news with friends and family—I felt like everyone deserved an explanation, and I didn’t know how else to say it other than the only way I know: just saying it. It got easier and easier to say it aloud every time. (I still don’t really like to say, “I have postpartum depression,” because the word depression scares a lot of people. I often just call it “postpartum.” Maybe I should say it, though. Maybe it will lessen the stigma a bit.).
She concluded

I wanted to write an open letter to friends and employers to explain why I had been so unhappy. The mental pain of knowing I let so many people down at once was worse than the physical pain.
Her quote above explains why I too am speaking out on this….And while it is no excuse for violence by women against their spouses and kids, the case of nursing mum,Maryam Sanda, who stabbed her late husband, Bilyamin Bello, the son of a former National Chairman of the Peoples Democratic Party ( PDP ), Mohammed Haliru Bello,comes to mind.

Please if you have a nursing mother at home,read more about it and be supportive …You are not only saving her, but are saving yourself from what could be a potentially fatal ending. 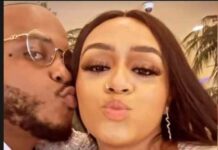 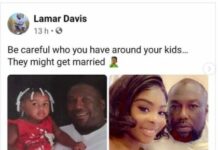 Pregnancy doesn’t keep a marriage, it threatens it – Wale Jana...