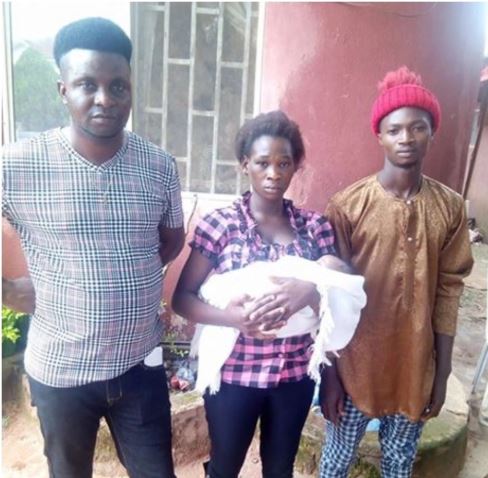 Two men and a lady have put people in shock after the men reportedly started to argue over a newborn baby. The birth of a child is meant to be a good news to a family and a couple but a family was put into turmoil after the arrival of a baby. An unidentified lady who just gave birth has caused trouble due to the fact that she can’t tell who is the father of her baby. A Facebook user revealed that two men were claiming to be the father of a newborn baby in Idunowina area of Edo state.

Facebook user Monday Ogbeide said the men began to argue over the newborn baby because the lady could not say which of them is really the biological father of the newborn baby. He wrote:

“Wonder shall never end. It happened at Idunowina this afternoon, this two men are claiming d ownership of this innocent child as biological father. The question now is that who is d actual father. Well, the woman standing in between them with the baby can answer that.” Check Out This Lady's Response After Guy Who Took Her Out...