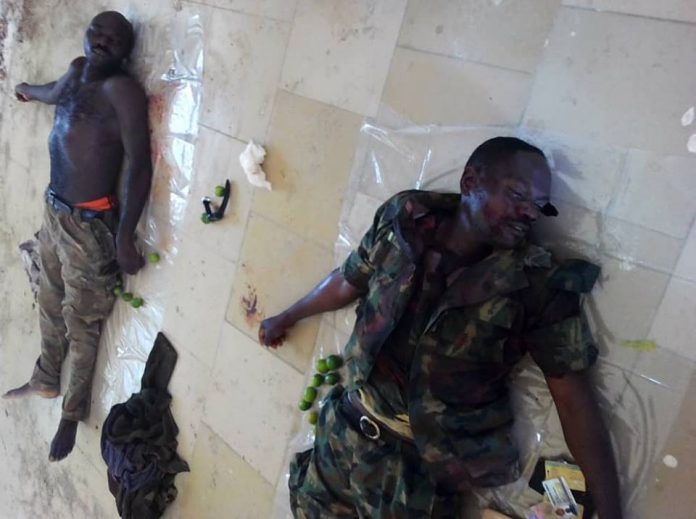 A Nigerian soldier identified as Adegor Okpako reportedly killed his partner, Saka, before he went on to commit suicide. The sadi incident occurred during a training exercise at an army base in Borno State.

It was gathered that Adegor Okpako, a staff sergeant attached to 192 Battalion in Gwoza, killed himself at about 2:50 p.m. Wednesday.

Three soldiers and a member of the civilian joint task force were also seriously wounded in the random shooting by Mr Okpako, sources said.

According to reports, Mr Okpako killed himself two days after returning to the battalion after taking a few days’ break.

The plight of Nigerian soldiers engaging Boko Haram terrorists in Nigeria’s war-ravaged northeast appears to have worsened in recent months. Over 100 soldiers have been killed and as many feared missing since mid-July alone.

In November 2017, a soldier opened fire on a captain, killing him before turning the gun on himself.

The latest suicide comes three months after an Army captain committed suicide while under psychiatric evaluation in Borno State.