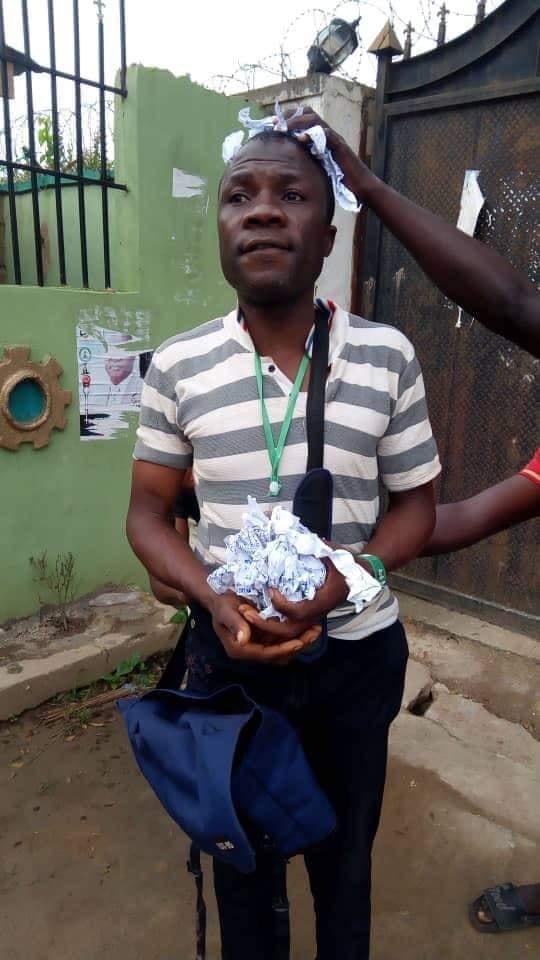 An official with the Independent National Electoral Commission (INEC) has allegedly been arrested for attempting to tear off results pasted at an INEC office in Gbogan, Ayedaade local government area of Osun state.

Eyewitness reports reveal that the suspect has been taken to a police station.