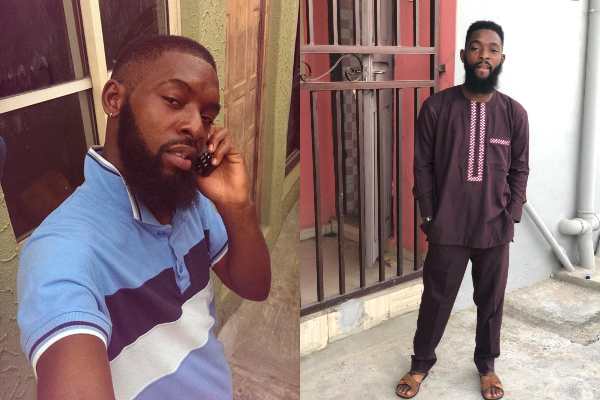 A 32 year old man known as Aboh Ogbeche has committed suicide in front of his mum who didn’t for-see the unfortunate incident.

Aboh was said to have drank bleach, even as sources stated that there was nothing to indicate that he was planning to commit suicide.

victim poured the liquid in a cup, sat before his mother, gulped the substance and immediately began to convulse.

A close friend of the deceased said the mother, who was shocked by the incident, raised the alarm and Aboh was immediately rushed to a nearby hospital, where he was pronounced dead.

Aboh did not leave behind a suicide note or told any of his friends about his plan to commit suicide. His friend said “Aboh was a very jovial person and nobody knew he could think of taking his own life.

“He was from Cross River State and about 32 years old. He slumped in the presence of his mum around 3.30pm on Friday after drinking a brand of bleach. He was rushed to the Aishat Hospital in Idi Araba, where he died. His body has been deposited in the LUTH mortuary.”

Aboh’s friends, who were shocked by the incident, shared their thoughts on the victim’s Facebook page.

One of his friends, AirsTee Martins, wrote, “Sweet heart, you should have spoken to someone. How could you have thought for a moment that this is the best way. Please, let one try to speak if he is going through a rough time.

“Even if we are far apart, we still connect one way or the other. So, please, no one should feel intimidated with what the other might have achieved. This social media; people develop low self-esteem, get depressed and feel like they are not enough.

“But it should not be so. Let’s try to stay strong because when there is life, there is hope. RIP Ogbeche.”

Another friend of the deceased, Gulf Limmer, wrote, “What happened to him? Why Aboh? We chatted three weeks ago. Why Ogbeche? Why did you take your life?”

A resident of Lawanson, who gave his name as Ndifreke, told our correspondent that the deceased’s mother was devastated because her son took his life in her presence.

You will recall that a man falsely accused of rape also committed suicide recently.