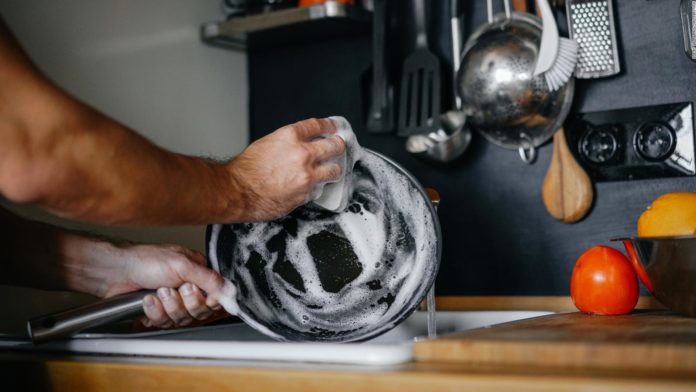 A Nigerian lady dumped his boyfriend who earns N400k a month to be with a man who washes dishes abroad according to a twitter user.

According to current reports, the boyfriend whom she dumped for her own reasons now works for an oil company and makes about N1.2million a month while the man whom she decided to be with is serving a jail term for a crime he committed.

“I know a girl that turned down a Naija guy earning N400K to marry a guy washing plate abroad. She said the guy abroad can make easily. Today, the Naija guy is now earning above N1.2M monthly in an Oil company and the American guy she married has been in jail for drug crime.”

Is this love or stupidity?

Counsellor Warns Ladies Not To Marry Any Man Who Puts Passwords...