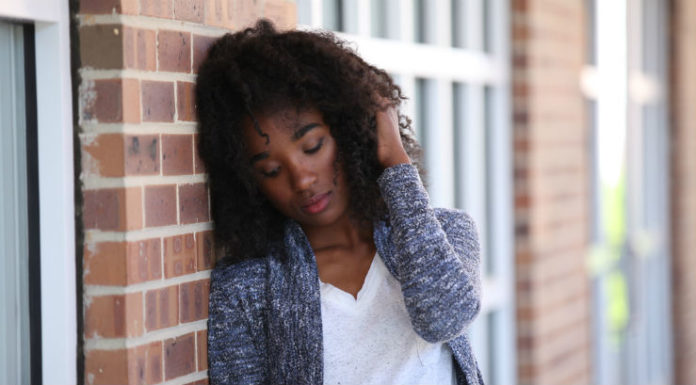 A woman has said that she regrets her marriage and shared the challenges she is facing in her relationship. Read her post below:

So here’s my issue.

I’ve been married for 6yrs and it’s been a blissful journey- of course with minor issues here and there but nothing to worry about until May 5th 2020 when I’d say things turned upside down.

We live abroad and struggled to have kids but God finally blessed us with a beautiful daughter in Sept 2019. Child care being super expensive here, we wanted one of our moms to come help us with the baby when I return to work after my maternity leave. So on the eve of our wedding anniversary which was the 4th of May last year, I asked my husband for the say 10th time about beginning the procedure of bringing a mom over to help since I’ll be returning to work. He asked which mom and I said in my exact words; “of course my mom” because I know that when a woman gives birth, her mom usually go to help her. Did that change our story? My God, marriage has been one hell of a thing since that day.

My husband said I am selfish, disrespectful, and want to dominate him. He said things will never be the same again and since then, my marriage has been a stress zone.

My husband is numb to my feelings. He’s been ignoring me, I’ve been a nag I’ll admit since tue incident last year. I now talk alot and mostly complain about everything whenever we are together. It’s sad and I’ve actually had conversations with myself to ignore him and stop nagging but I continue to do it, I need help on how to shut up and observe.

I can cry from now to die kingdom come and this man wouldn’t be moved. He cannot shift his stance because of me at all. He does whatever he likes and disregard everything I say. E.g before this crisis, we had an appointment to see our Dr to start trying for baby number two because the Dr’s advised that since we just had a baby, it’s best to try for another soonest given that we had challenges conceiving the first one. This man cancelled the appointment with our Dr and has blatantly refused to start trying for a baby right now. He says when the time comes he’ll let me know. Up till now the time has not come despite the fact that delaying may impact our chance of conceiving again. What a life!� � �.

Also, he has decided that no parent will come and I’m back to work already. My poor baby who use to sleep till 9am now suffer in this winter getting up at 6am to be dropped off at daycare all because her father is angry and want to make sure he doesn’t do anything that will make his wife smile. He’ll rather spend thorns of money paying for daycare even after I’ve told him that I don’t mind his mom coming. Mind u, I have a very good relationship with my inlaws, especially my mom inlaw so it’s not an inlaw fight.

The worst of them all is that despite living abroad for 17yrs, this man believes so much in native doctors to the extend that I can’t even explain. Infact it’s something that I’ve always fought him about and talked against. I’ve even complained about it to his family. And guess what, when I talk against, he tells his native drs who of course has ignited the fire in our home. Can you believe that in this chaos this man took me on a vacation in August last year that he wanted to clear his mind so we can start a new chapter and be happy again only to tell me that I have been trying to use a charm on him in the past months thats why things got rough. He said the 3 women I am using appeared to him but he is stronger ����. I am laughing because I felt pity and ashamed for him. How can a grown man be this vulnerable to suitsayers? I have never in my entire life visited a native doctor for myself not to talk of going to take a charmI didn’tvisit the native drs when I was strugglingto have a baby and this man thinks I’llvisit one now to charm him. Wondering y he will even believe such a thing. Infact I don’t even know any native doctor. So when he said that, I told him that if I had known that his change of attitude is because of this stupid reason, I would not have fought for my marriage like I did. Of course I got so mad and told him a piece of my mind. I am even ashamed of telling people that despite this man’s exposure he consults native Dr’s in Africa more than even the people in Africa. Infact if they say yes that’s what he listens to. He has even paid a flight from here to Africa because a native Dr told him that his dad who raised him to be the man he is today is trying to kill him and he should come for protection.

I decided to tell his mom about the accusation. His mom told me she scolded at him and warned him never to say such nonsense. Well I just pity him and I’m praying for him. But truth is I regret my marriage to him because of these his believes. I just don’t believe in divorce and don’t even have the heart to move out I would have done so. Mind u, I am 100% independent so it’s not an issue of being scared of surviving alone.

I have a few worries which I’d like you to advise me on the way forward.
– My husband is heartless. No matter how I lament, cry, beg, approach him nicely. Infact no matter the manner in which I bring up an issue to him, he doesn’t get moved at all. He stays on his stance and doesn’t care. How am I suppose to live with a man like this. He goes mute when I try having a conversation with him.

– I have a weakness of talking alot which I acknowledge and I’m doing my best to work on it though I’m yet to change completely. But I can say there’s a huge improvement. Infact I’m able to walk away now.

Can a marriage really work out out without a compromise from both parties? I feel like I am compromising alot but this man is doing whatever he likes. In all of these he doesn’t cheat but has abused me physically 4times in our 6yrs of marriage which I’m still pained about. The worst abuse right now is emotional abuse and I’ve told him so several times.

We use to be an exemplary and happy couple up till this may 2020. What will you do in a situation like mine With? With a man like my husband who I’d say lacks empathy and a concience how do I deal with him? His mom said she talked to him but I don’t see any difference.

I feel miserable right now in my marriage. Since I got married this is our hardest hit and unfortunately it got prolonged probably bc of his native Dr’s who told him I am using a charm on him which he believed.

Help me out please

Nigerian Man Murders Wife After Having Intimacy With Her