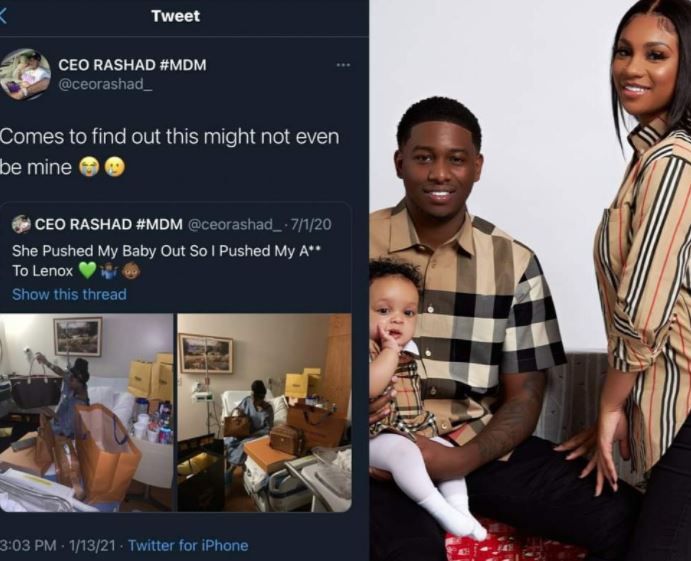 A man who went viral last year after he bought his partner designer bags for giving birth to their baby is heartbroken.

At the time, he was called out by some people who told him that he was setting the bar too high and will make women feel they deserve luxury items for giving birth, and the man defended himself, saying his woman deserved that and more.

Six months after, the man returned to Twitter to say he just discovered the baby may not be his.

He added other tweets expressing how heartbroken he feels and saying he wishes to die.

The Maury Show, a TV show that helps expose paternity fraud, even responded to his tweet and asked if he’ll be needing Maury’s help. 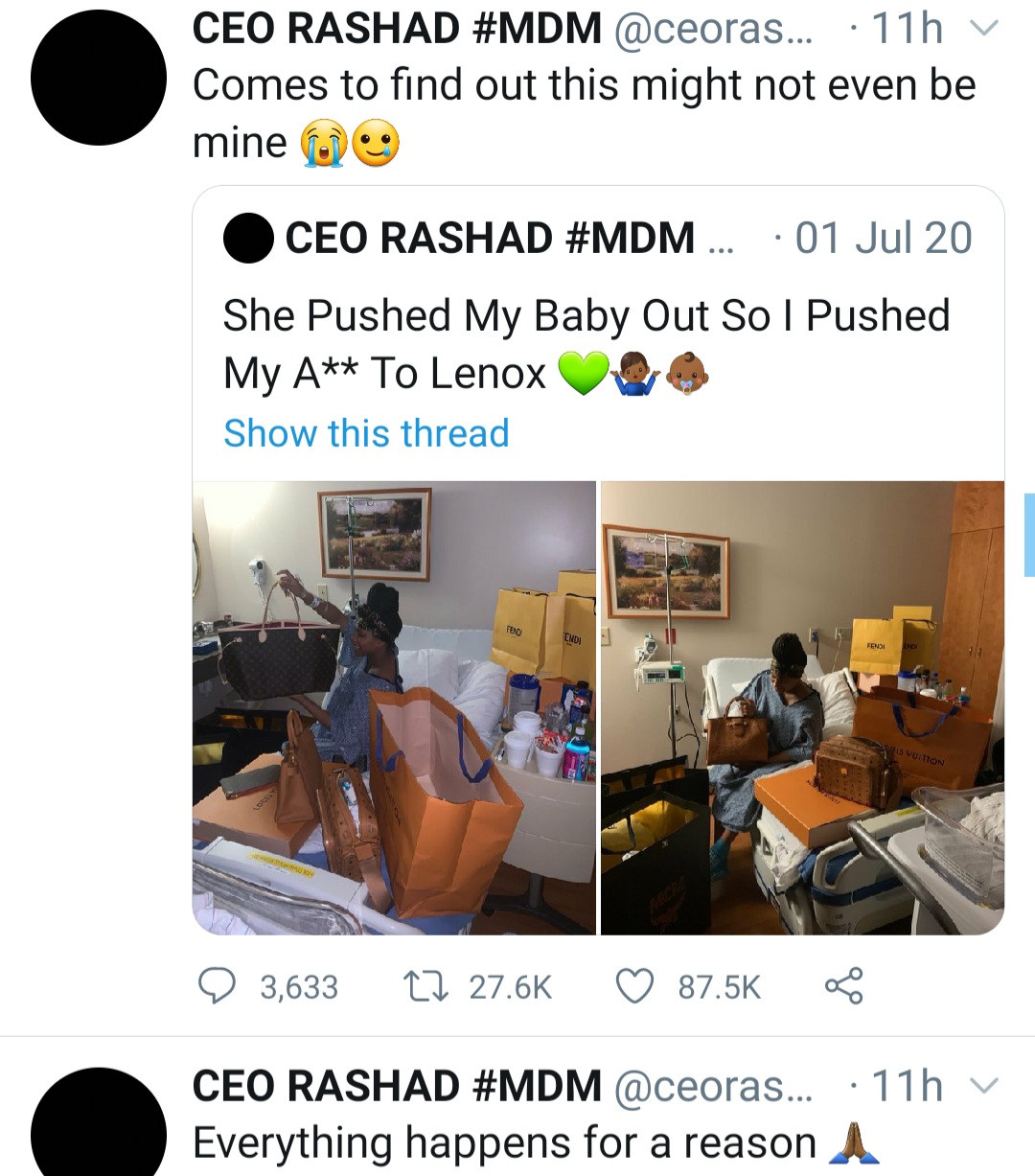 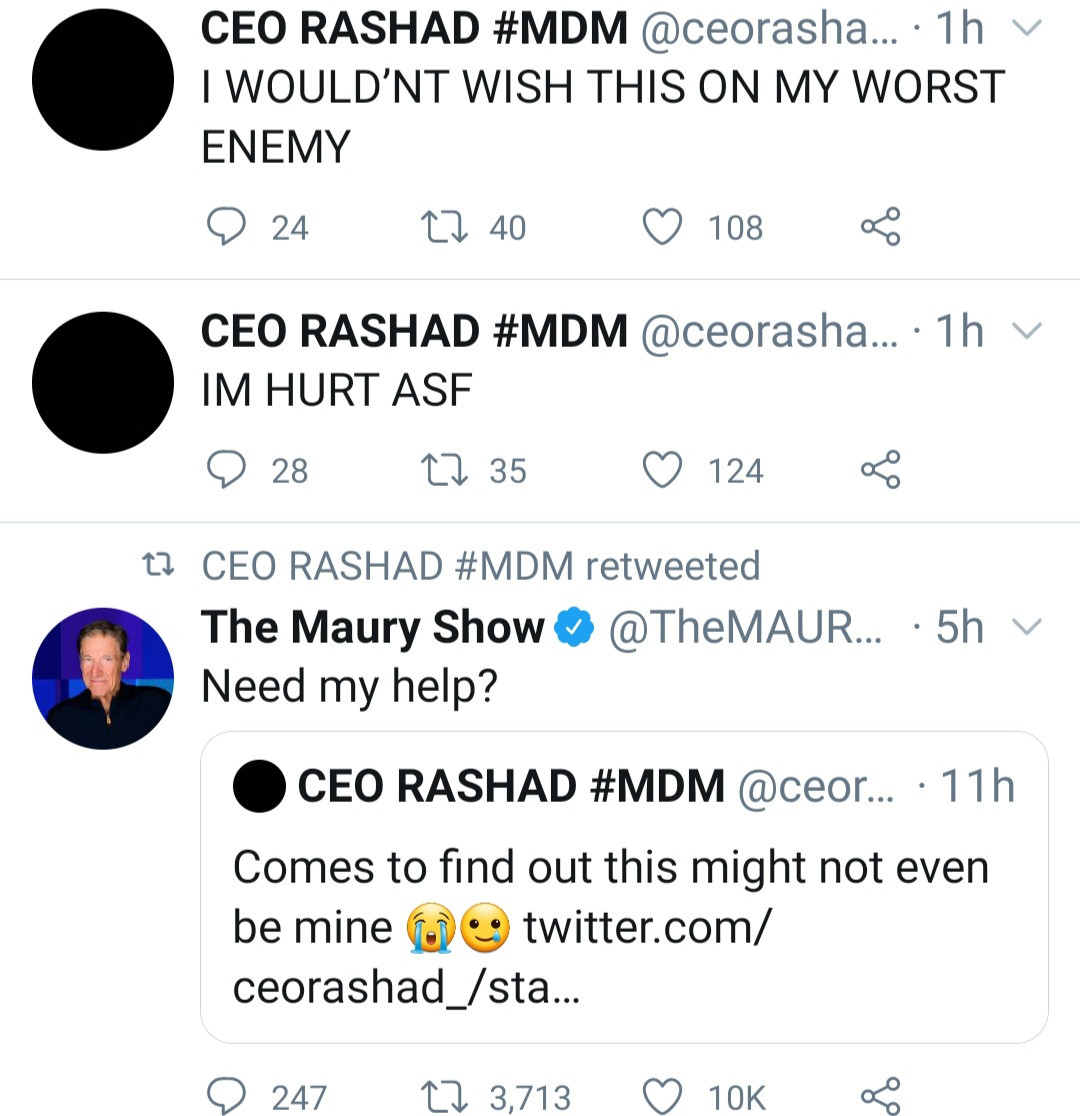 What Would You Have Done If Your Father Did This?