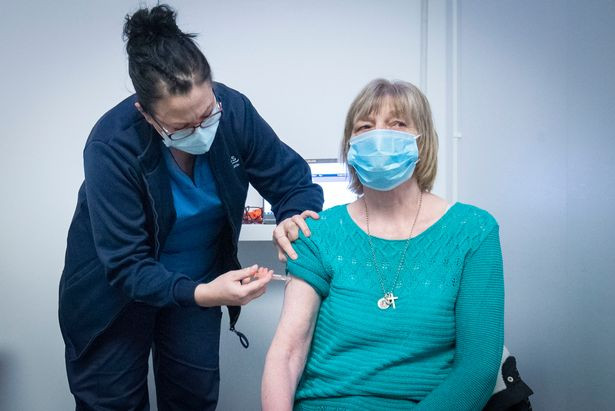 With the current rate of vaccinations, it is believed that by 2028, up to 75 per cent of world population will have been vaccinated with the Covid-19 vaccine.

This suggests it will take until then for the global population to have reached a degree of herd immunity, which should lead to the virus being suppressed.

Bloomberg’s vaccination calculator also reveals that the United States could potentially reach herd immunity by as early as New Year’s Day of 2022.

The US has reportedly vaccinated around 8.7 per cent of the population, administering 1.3 million jabs per day.

Currently, it’s believed that around 4.5 million vaccine dosages are being administered across the States, with an estimated 119.8 million vaccines being delivered worldwide.

The UK is hoping to vaccinate every adult by the end of August this year. Already, around one in five adults have had the vaccine in Britain.

Around 15.7 per cent of the British population have been given at least one dosage of the various vaccines available.

The current calculations suggest that with the UK delivering an estimated 438,421 vaccinations per day, the population will reach herd immunity before the end of 2021.

Israel is on course to achieve herd immunity in just a matter of weeks – with over 58.5 per cent of the population vaccinated at the rapid rate of 135,778 injections on a daily basis.

But concerns have been raised of vaccine nationalism, and the World Health Organisation has warned richer nations not to hoard jab supplies.

Currently, nine vaccines have been authorised for use across the globe including the Oxford vaccine, AstraZeneca, Johnson and Johnson as well as Novavax.