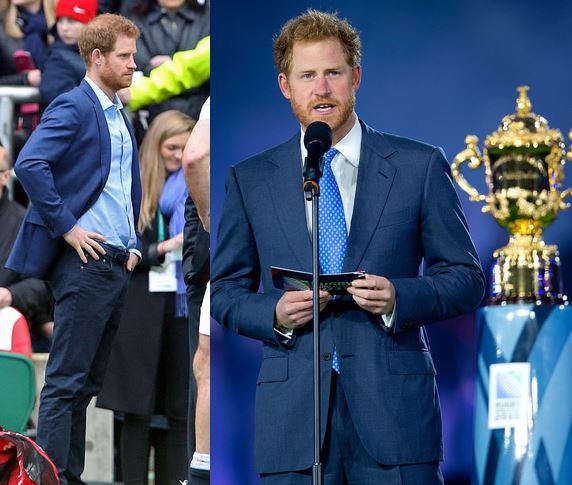 Prince Harry was today stripped of his honorary roles as patron of England Rugby Union and Rugby League after it was confirmed he and Meghan Markle will step down as working royals.

The Duke and Duchess of Sussex have told the Queen they will not be returning to frontline duties following their year outside the Firm.

Buckingham Palace said their decision meant ‘it is not possible to continue with the responsibilities and duties that come with a life of public service’.

Within minutes of the announcement, several sporting bodies released their own statements confirming they had parted ways with the Sussexes.

Among them was England Rugby, who thanked Prince Harry for his ‘time and commitment’ to the Rugby Football Union as both patron and vice patron.

A spokesperson for the Sussexes said today: ‘As evidenced by their work over the past year, the Duke and Duchess of Sussex remain committed to their duty and service to the UK and around the world, and have offered their continued support to the organisations they have represented regardless of official role.

‘We can all live a life of service. Service is universal.’

Harry is also no longer patron of the London Marathon Charitable Trust.