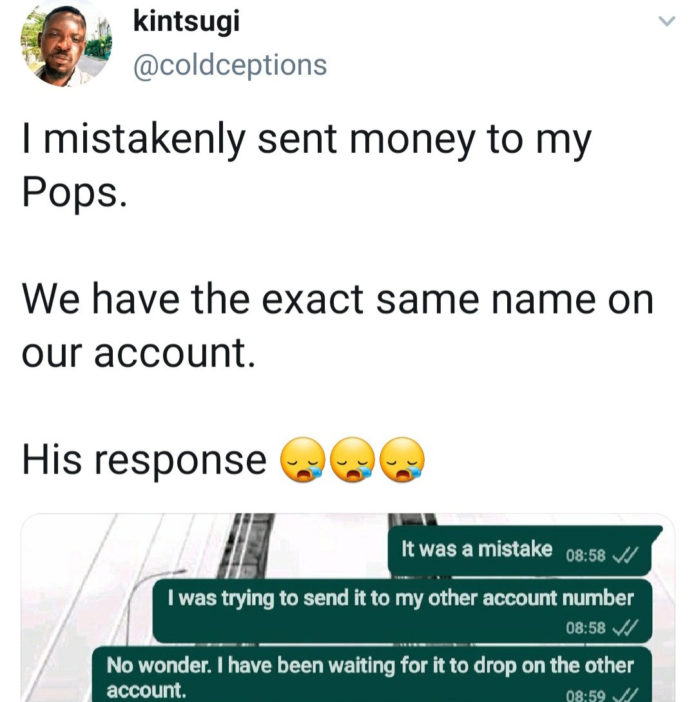 A man has shared his father’s reaction after he mistakenly transferred money into his account.

The Twitter user who bears same name as his father said he was trying to make the transfer to his own account but mistakenly chose his father’s account number.

When he discovered the error, he told his father it was a mistake but the older man responded: “My son, that one don enter voice mail. Thank you.” 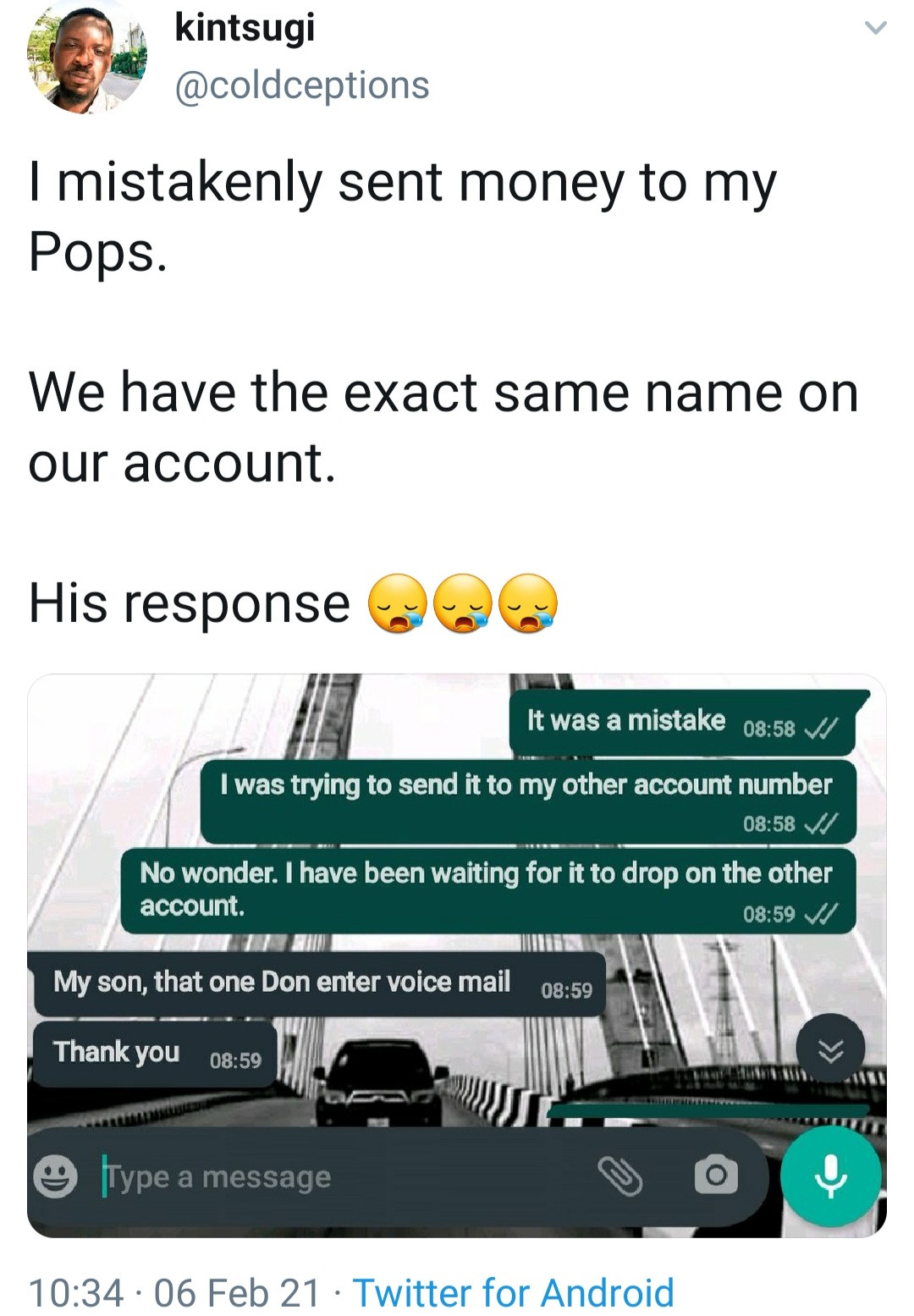