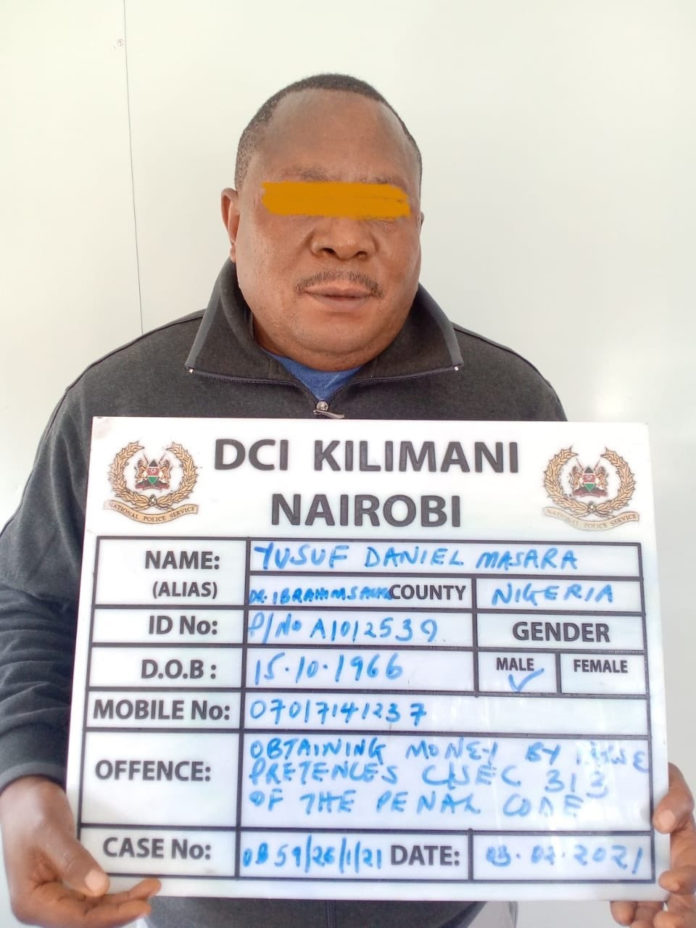 A statement issued on Thursday, February 4, by the Directorate of Criminal Investigations, DCI, said detectives based in Kilimani, Nairobi arrested Masara on Wednesday night for obtaining money by false pretense.

“Yussuf Daniel Masara had convinced his victim, a U.S national that he would sell him 50Kgs of gold valued at Sh17.6 Million,” the statement reads.

“However after failing to keep his end of the bargain, the matter was reported to detectives based at Kilimani leading to his arrest. Masara is believed to be part of a wider criminal enterprise, defrauding unsuspecting victims”