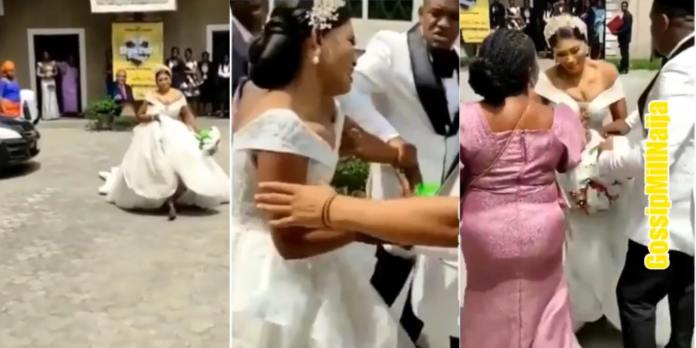 A Port Harcourt based pastor has reportedly cancelled the wedding ceremony of a couple because they came few minutes late to church.

According to him, the bride has been a member of the church for 12 years.

He also said that after the pastor failed to wed the couple for coming 5 minutes late, they had to hire a small hotel hall, get another pastor and had their wedding

They were later married by another pastor. Watch the video below: