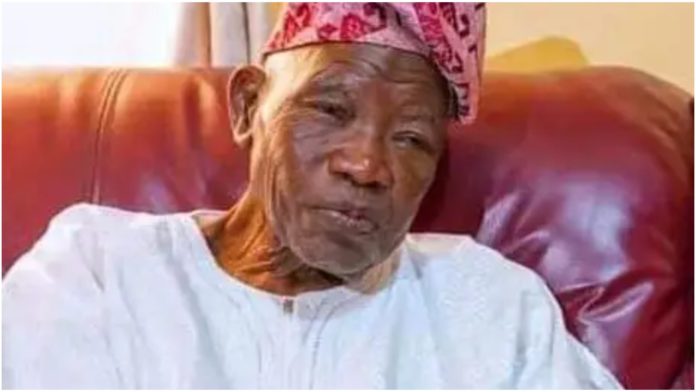 Deji, a former member of the House of Representatives and son of the late former governor of Lagos state, Alhaji Lateef Jakande, has said his father did not show any sign of illness in the last 24 hours.

The Nation reports that Deji said Jakande fondly called Baba Kekere by admirers, revalidated his membership of the ruling All Progressives Congress (APC) on Wednesday, February 10.

He said his late father took his pap and crayfish on Wednesday, adding that the deceased was reading newspaper without glasses.

Deji said: “We thank God for his life. He was not sick. He took his pap and crayfish yesterday. He was still reading his newspapers without glasses.

“We had stopped visitors from going to him because of COVID-19 because he likes shaking people. Today (yesterday), he was about to take his breakfast. Suddenly, he couldn’t breathe again. We called the doctor to come and examine him. That was between 10.30 am and 11.am. “Many people have been calling. The governor, the deputy governor, the party chairman had called. He will be buried tomorrow after Jumat Service before 4 pm at the Vaults and Gardens, Ikoyi.”