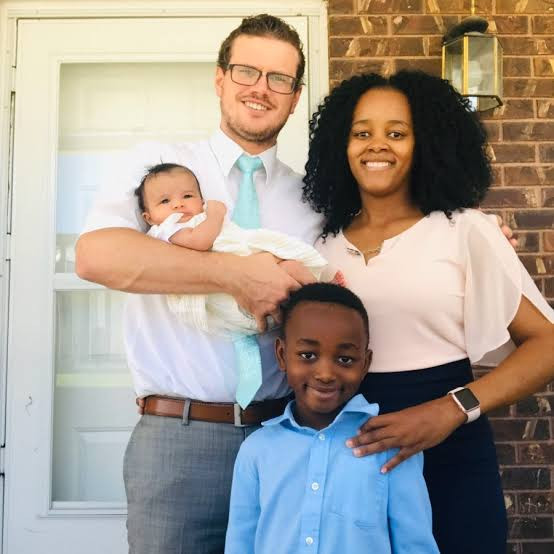 A woman took to Twitter to claim she and her husband dated online for only four days and got engaged on the 5th day via Skype then their wedding held 6 months later. 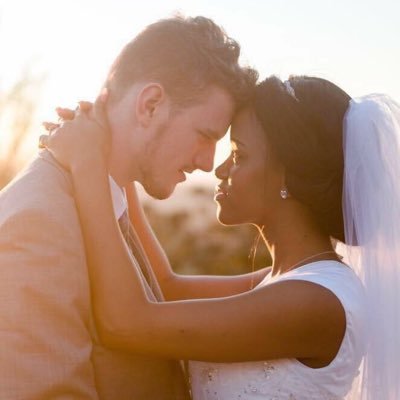 The man then went back to his home country, sent her a friend request on Facebook and they dated for 4 days online. On the 5th day, they got engaged via Skype.

They married when they were both 21 and now have two children (one the woman had from her previous relationship and one they have together). 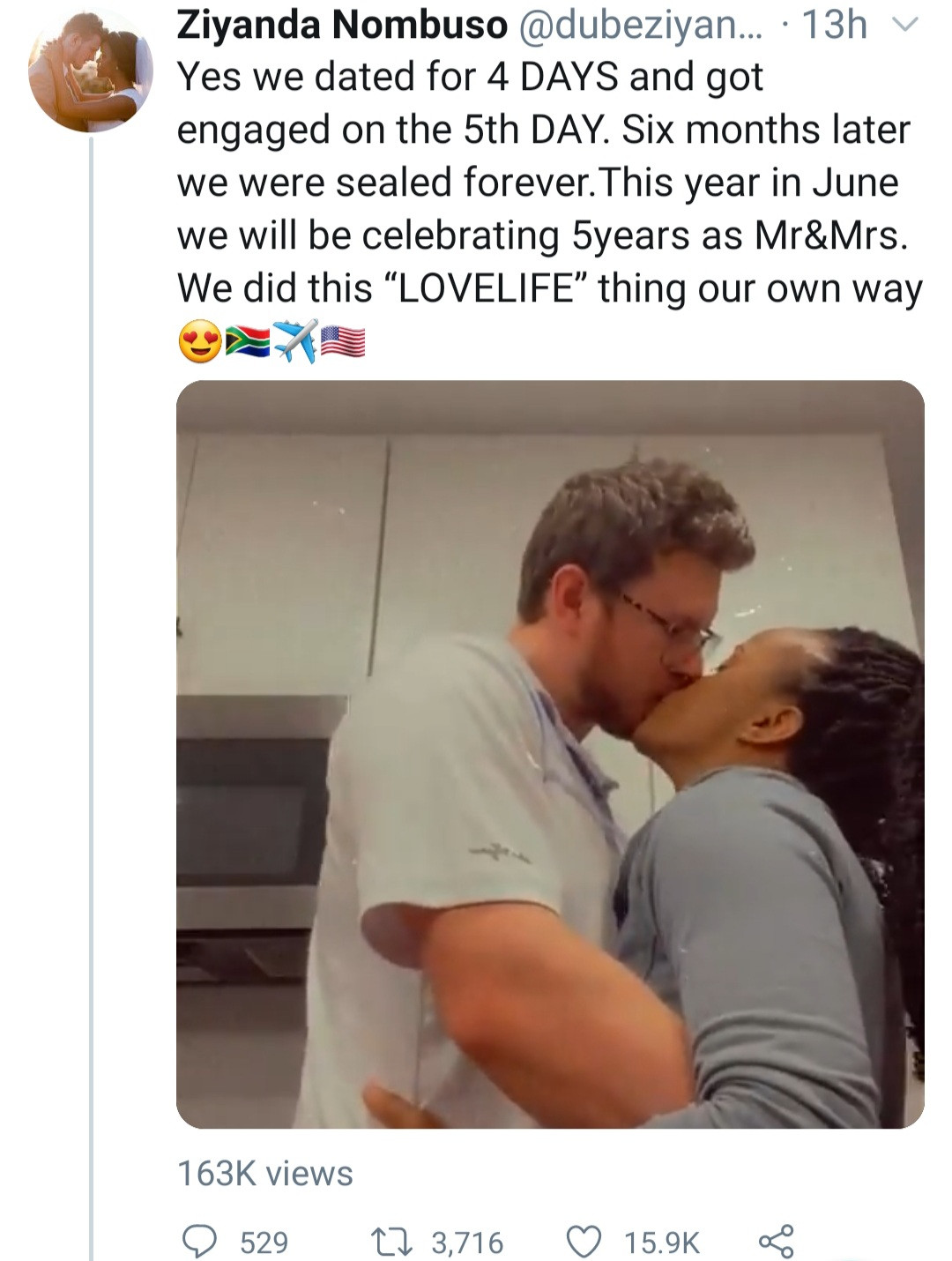 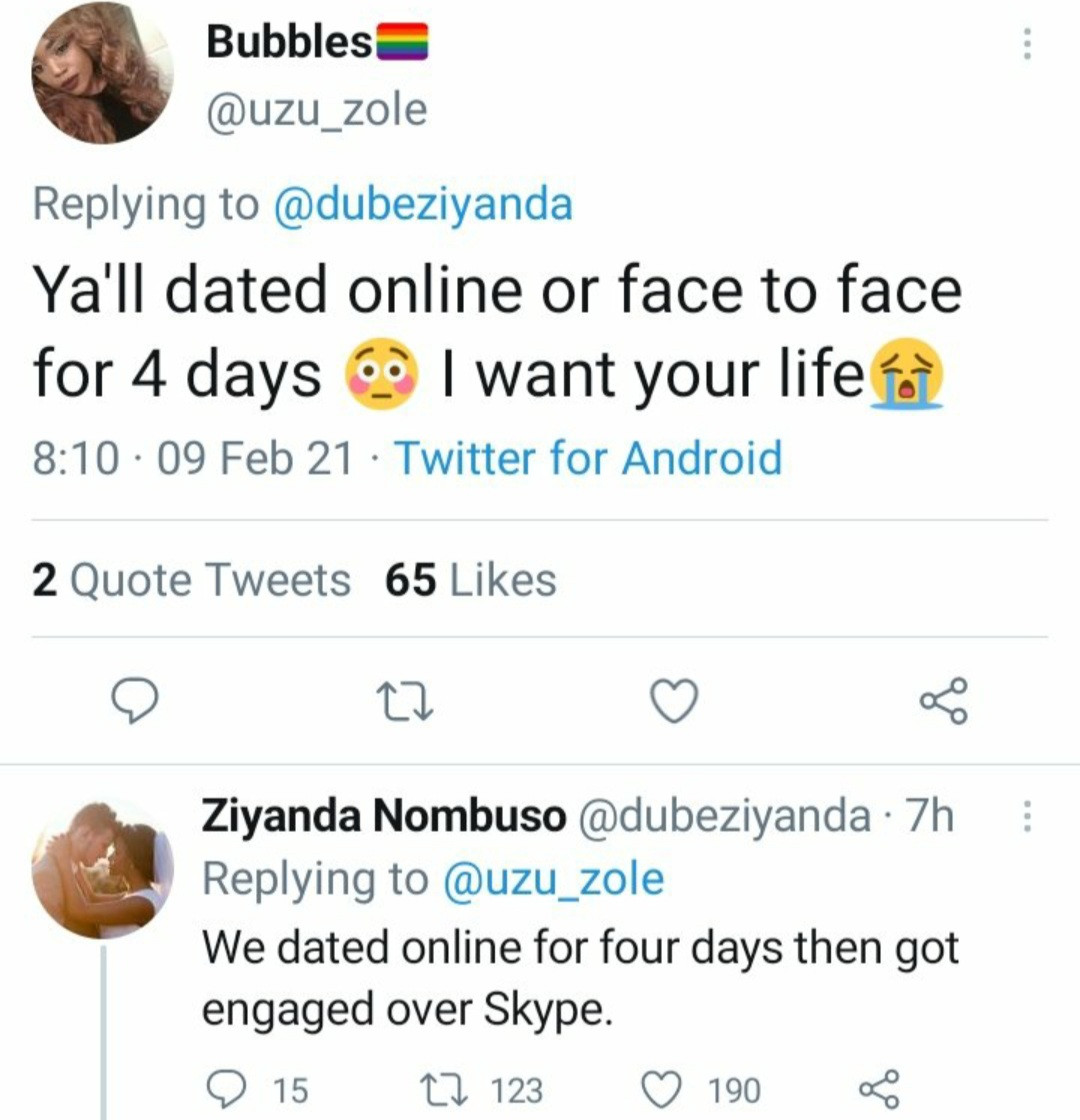 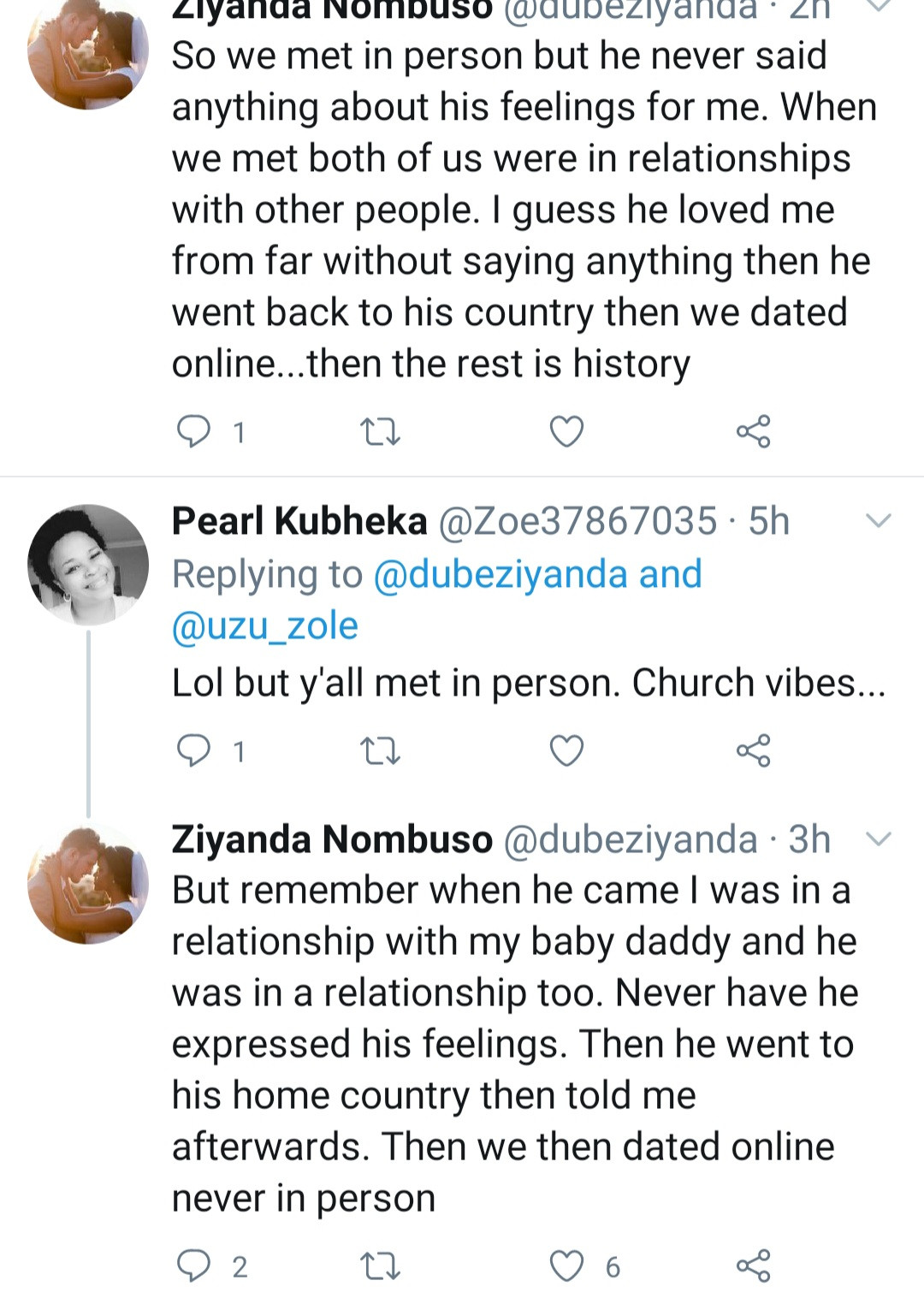 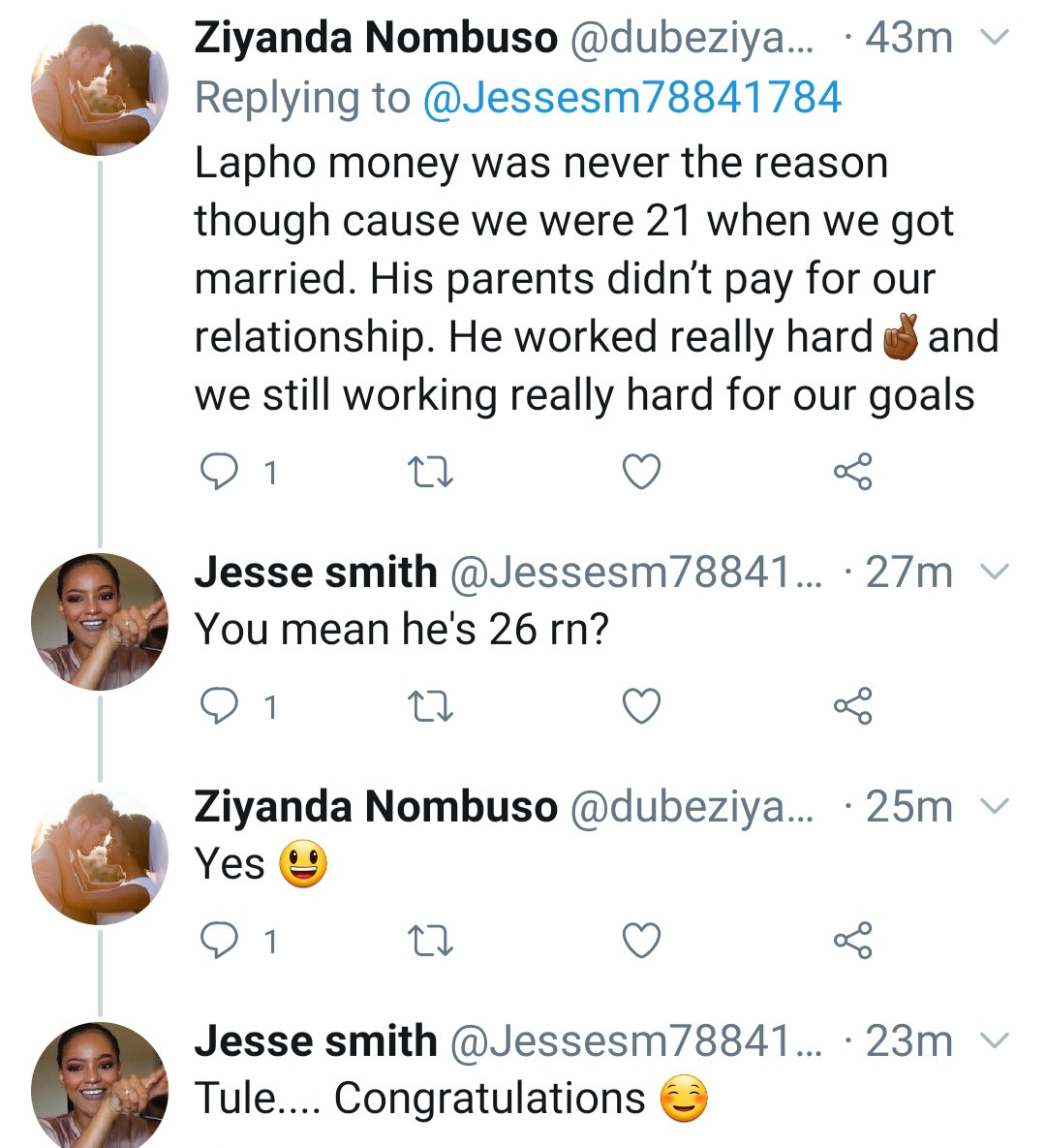 Yes we dated for 4 DAYS and got engaged on the 5th DAY. Six months later we were sealed forever.This year in June we will be celebrating 5years as Mr&Mrs. We did this “LOVELIFE” thing our own way???✈️?? pic.twitter.com/B6W1Agor3S