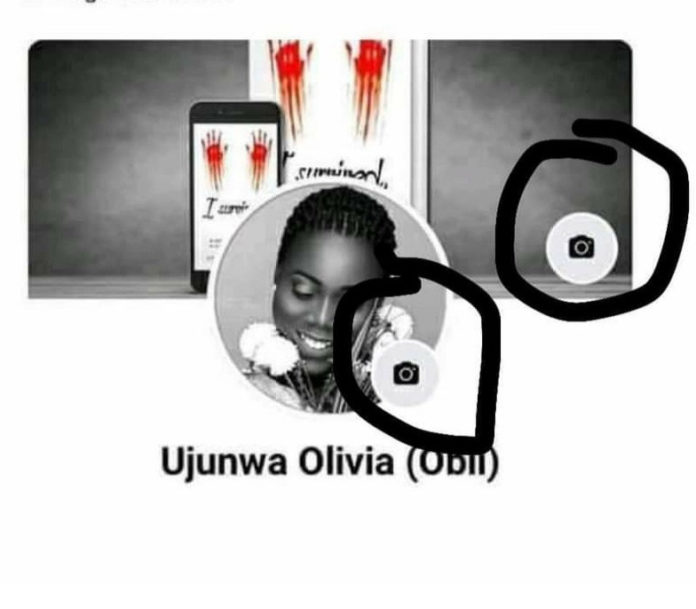 The story of the woman who was allegedly gang-raped by 5 men has taken a different turn as she’s now hinting at suicide after being accused of pulling a publicity stunt.

Recall that a “man” took to Facebook to post a “confession” claiming he and 4 of his friends gang-raped a woman.

He begged for the woman’s forgiveness as he claimed 3 out of 5 of them who gang-raped the woman have died and he doesn’t want to die.

In addition to his “confession” post, he shared a photo of his alleged victim’s Facebook profile as he begged her to forgive him (read here).

Afterwards, the alleged victim took to her Facebook account to speak more on the abuse. She also used the opportunity to promote a book she wrote, narrating her ordeal.

She questioned how Facebook would give a user the option to change another user’s photo. 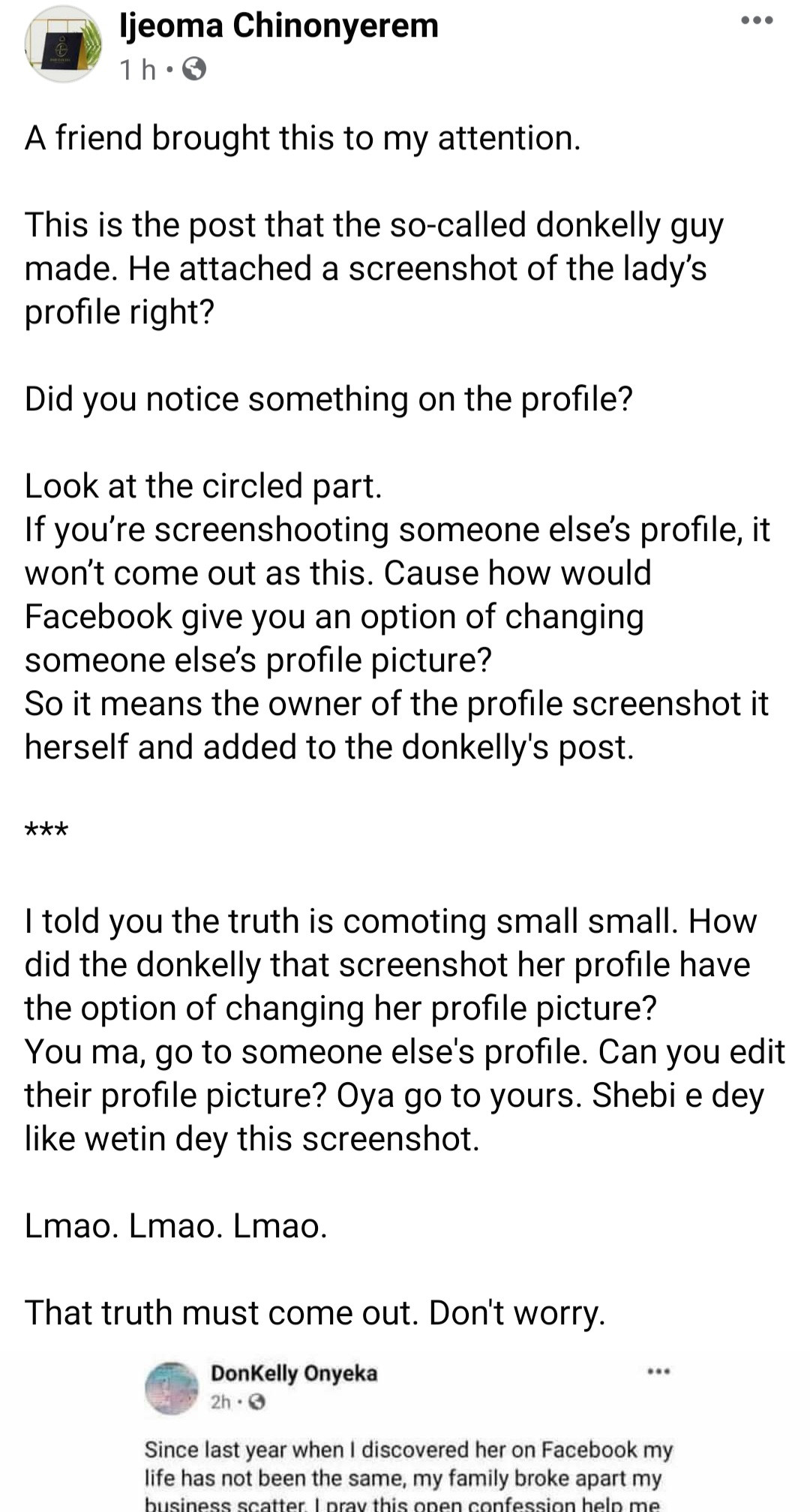 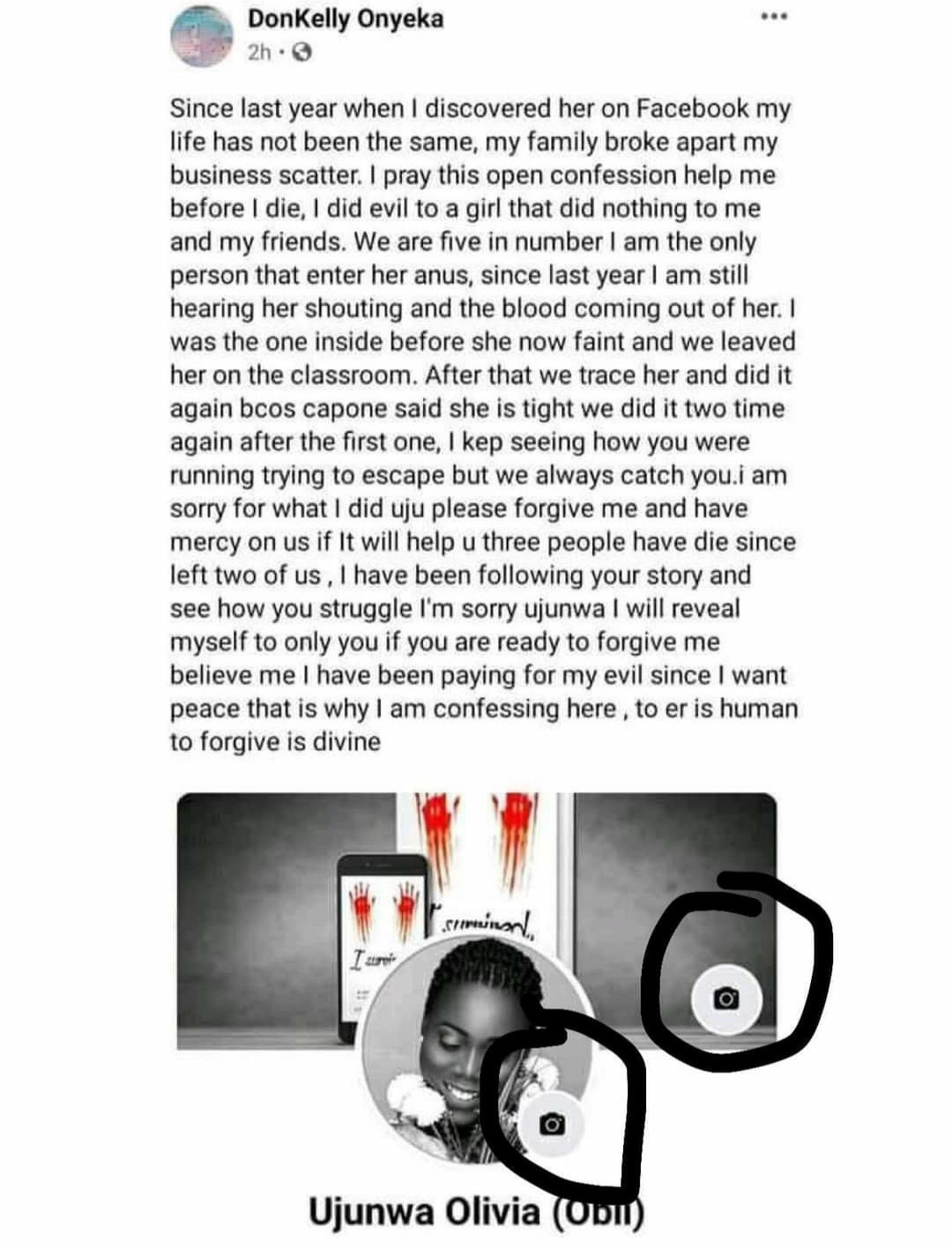 After she was called out, the “victim” deleted all her previous Facebook posts then shared new posts threatening suicide. 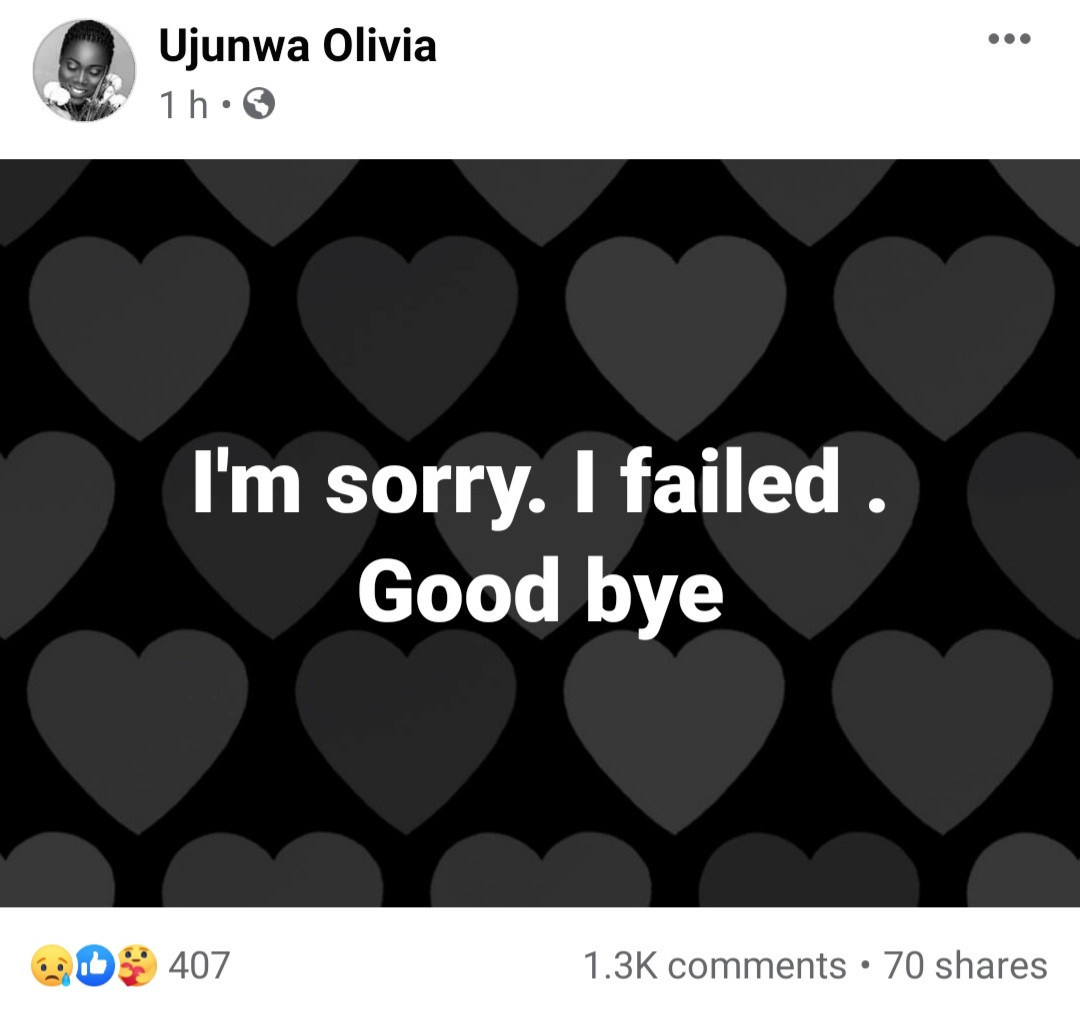 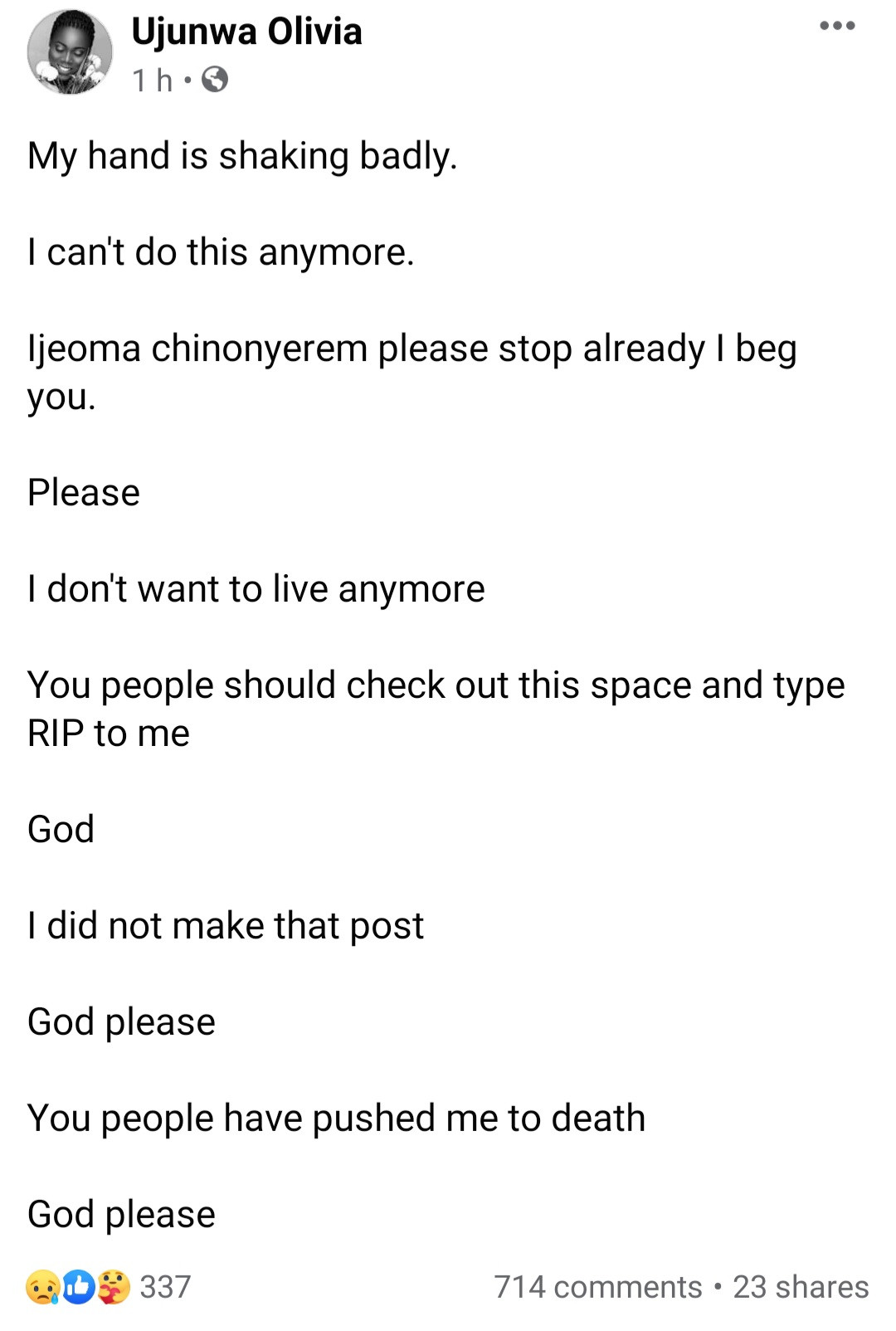 Ijeoma has called her out for the initial stunt and for threatening suicide, rather than owning up. 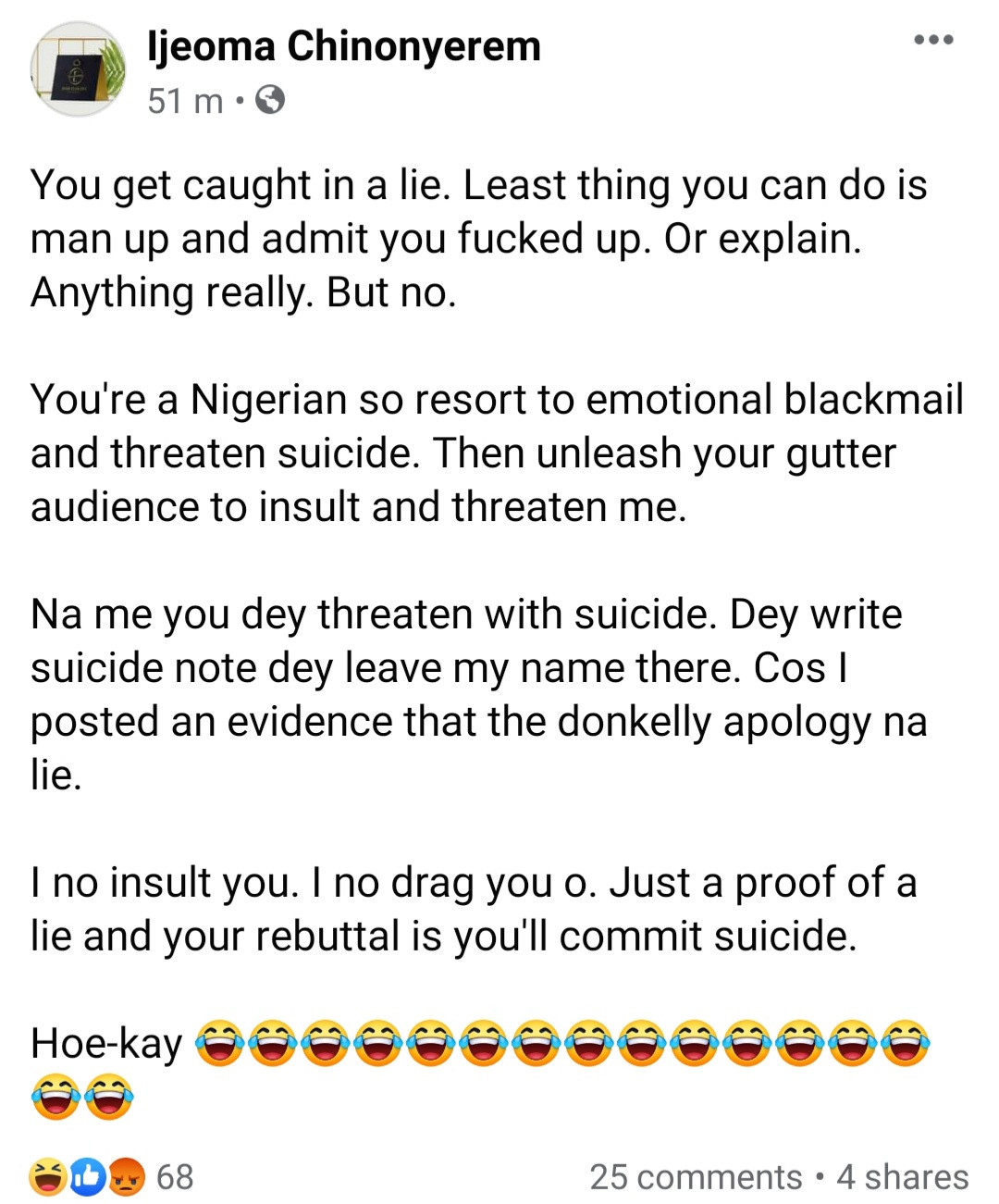 Christ Embassy under investigation for allegedly holding a crowded event in...