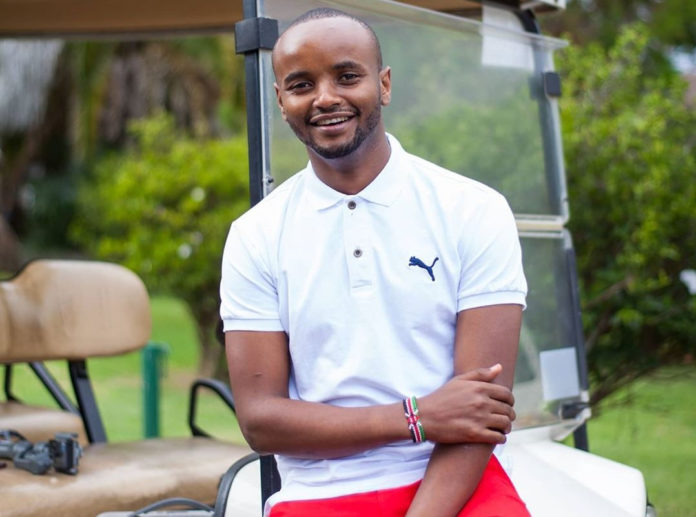 Popular Kenyan YouTuber Peter Kabi also known as Kabi WaJesus, has finally admitted to fathering a child with a lady alleged to be his cousin.

WaJesus who said DNA results indicate that he is the father of the child who has only been introduced as Abby, said the affair happened before he got born again and also married.

He said he will now discharge his parental responsibility fully, and discuss the way forward with the mother of the child who is believed to be his cousin and only identified as Shiko. The YouTuber added that he now regrets his earlier comments where he disowned the child.

Some of you might be aware of the matter involving me regarding baby Abby.

I wish to confirm that Yesterday paternity results were issued that confirmed that I am the biological father of the child. The results confirm that, in 2013 (which was before I got born again and married), I sired Abby.

I know this news comes as a shock to many of you who follow and watch us. I also know that my public comments about this matter gave a false impression which i deeply regret.

Now with the paternity results out, it is a relief as we can now chat the way forward together with the mother for the welfare of our child. I am immediately reaching out to her so that we can discuss and agree on her future.

As we all agree and I acknowledge, the interest of the child is paramount.

I know I must take full responsibility for all my actions, to my child, to my family and also to you my fans. I have sought forgiveness from God, my family and I also seek your forgiveness.

Moving forward I will do everything in my power to take care of my child, as a father.

Thank you and Baraka. 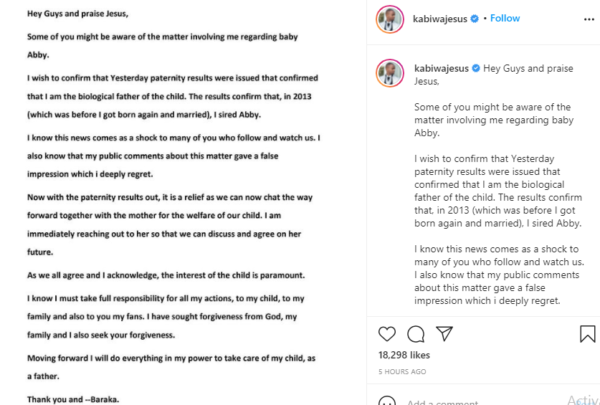 Allegations of WaJesus siring a child with the alleged cousin first emerged from blogger Edgar Obare who shared screenshots of a message sent to him, exposing the YouTuber for neglecting a child.

Pictures of him, Shiko and the child went viral on social media forcing WaJesus to comment on the incident. In a video recording, he dismissed reports of dating the woman but confirmed she was his cousin.

“The lady you see in this picture is my cousin, and the baby we took this picture with is called Abby – she is my niece. How can someone say you are the father of your cousin’s child?”

The YouTuber also said at that time, that he received a message from an unfamiliar number of a lawyer demanding child support of  Shs181, 895.

WaJesus  got married to Milly WaJesus in 2017 and they are blessed with a child.