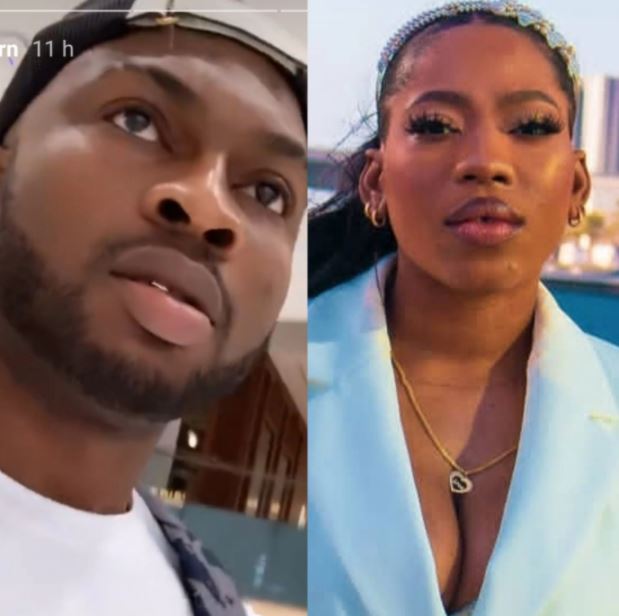 Abiodun Lincon has released a statement to address issues in his and Bolanle’s marriage.

Bolanle, who featured on singer Zlatan Ibile’s song, Pepper Dem, married Lincon in February,  less than 6 months ago. They welcomed a son two months ago.

However, on the night of July 19, Lincon sent Bolanle packing then filmed it and shared online. He went on to announce that the marriage is over and claimed Bolanle was violent which is why he’s ending the marriage

He later revealed that he has a “good wife” in Souh Africa and his wedding to Bolanle was just for clout. He also called Bolanle names and accused her of a number of things.

He soon granted an Instagram Live interview where he got into a fight with Bolanle’s cousin named BJ. During the Live interview, Lincon claimed Bolanle was the violent one in the marriage but BJ said it was the other way round.

Lincon later admitted that he beat Bolanle but said he did so because she started beating him first.

Lincon has now released a statement to address the issue, starting from the beginning of his marriage to Bolanle.

Good day all, firstly I would like to apologize for bringing out my marital issues to the public, I know that it is not anyone’s concern. Like any other person my problems became too much for me and I broke down. Just to set the record straight on a few things, My second wife (Bolanle) was aware of the fact that I was married from the start, when my first wife found out about this which was barely a month of us being together she informed my mother and my mother made it clear to her that I am a married and she should end whatever was happening between us. However me and my second wife continued with our relationship with her full knowledge of me not having any plans of leaving my first wife in South Africa. During our stay together she would get violent, break things and beat me up most of the times and at times I would also retaliate in self defense. We had a fallout and I decided that I want out as things were toxic for me, I had already been married for some years and I have never laid a hand on my first wife. However Bolanle told me that she was pregnant and wanted us to get married otherwise I would have no claim over my child, I know there is no excuse on my part for agreeing to this but I did many times I wanted to pull out as I have realized that we were both toxic to each other yet her family begged me not to shame them and their daughter. I am no saint I have made mistakes and coming to this platform with my issues is one of them and for that I apologize to the public. From now onwards I will be dealing with my issues privately and use this time to work on myself as well as my outburst are a clear indication of how broken this issue has left me. My son has been the reason I succumb to the pressure of being forced into this marriage to begin with meaning I would love to be in his life regardless of how things work out in this current situation.

Say me a prayer everyone 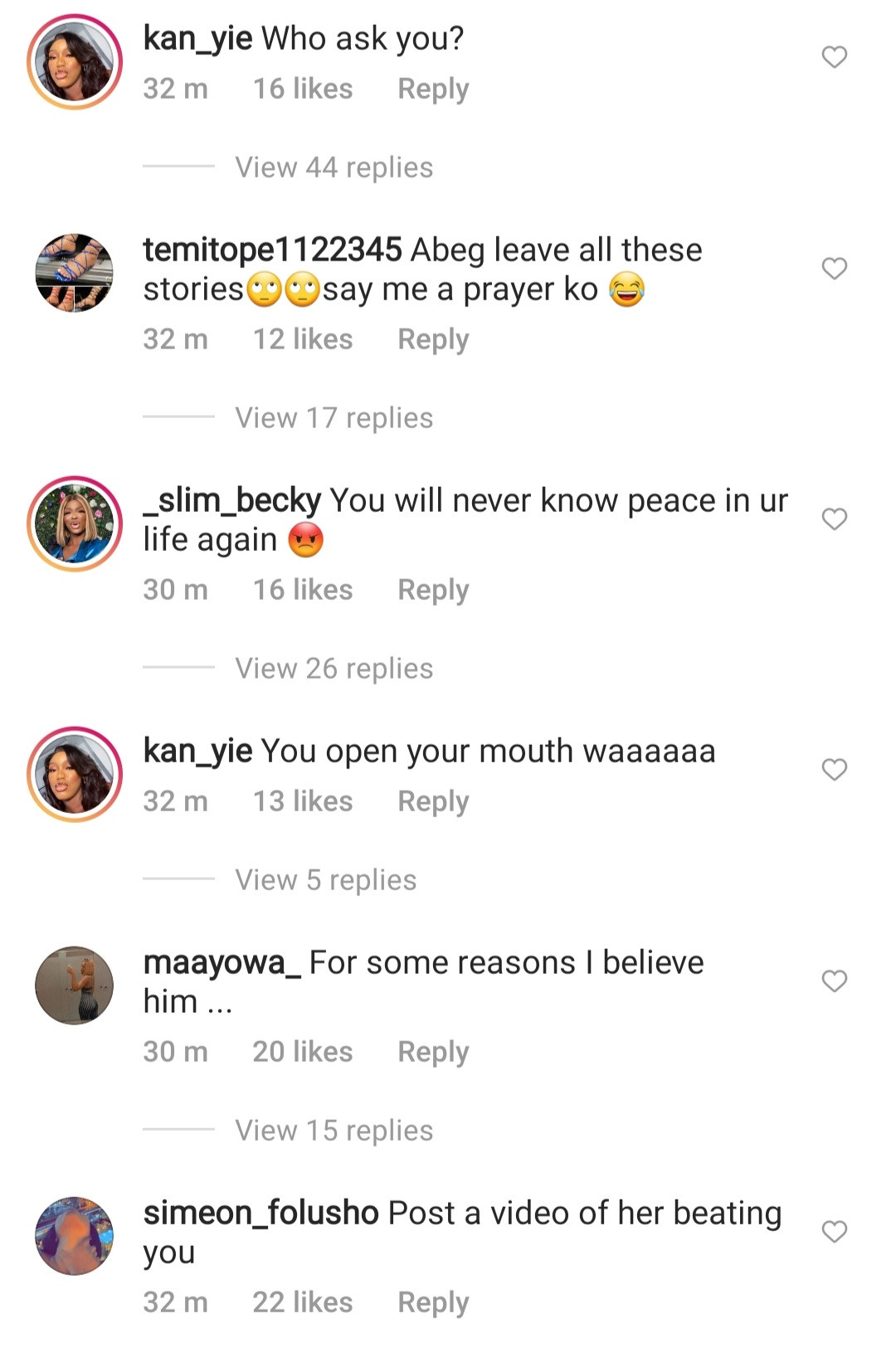 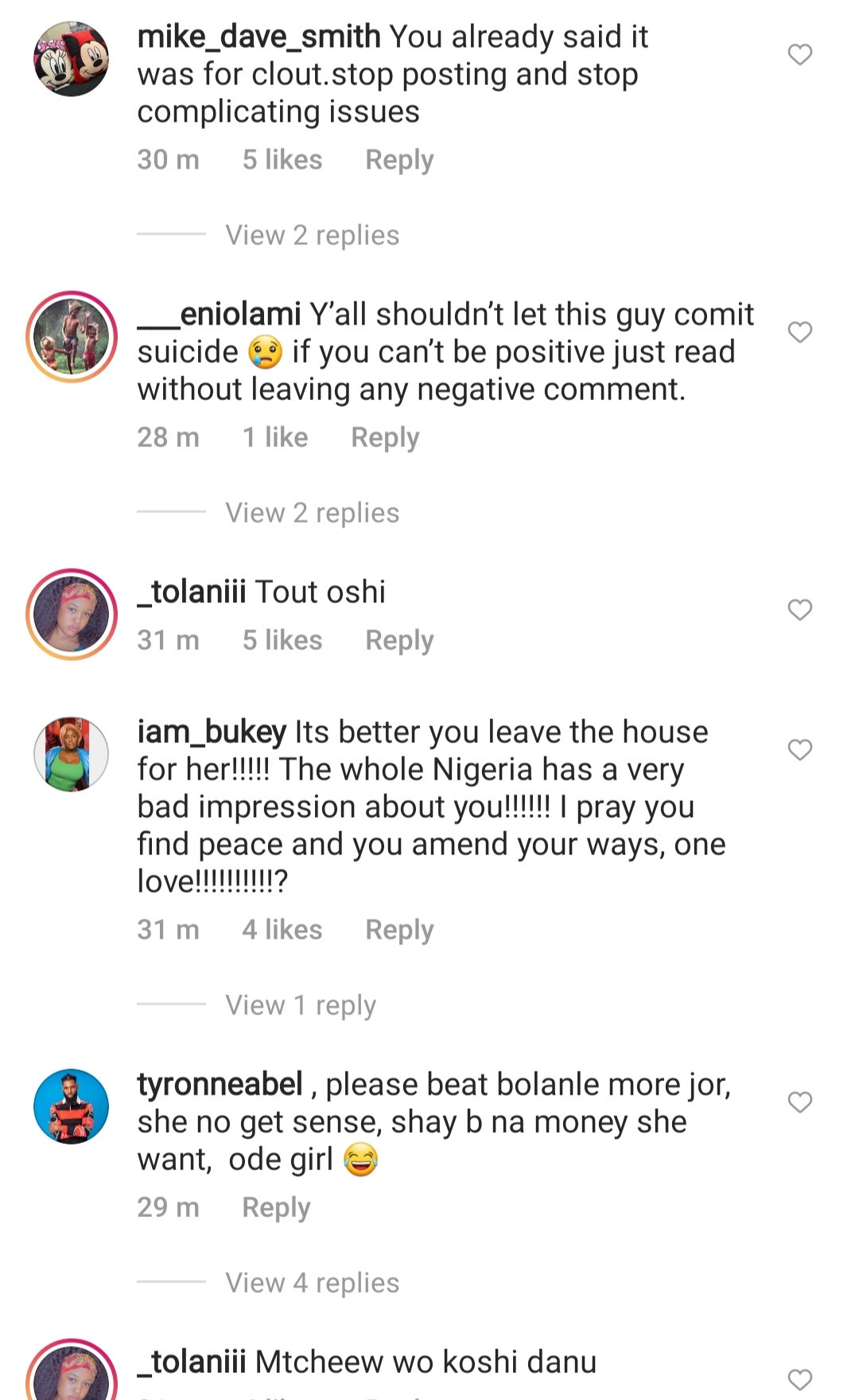