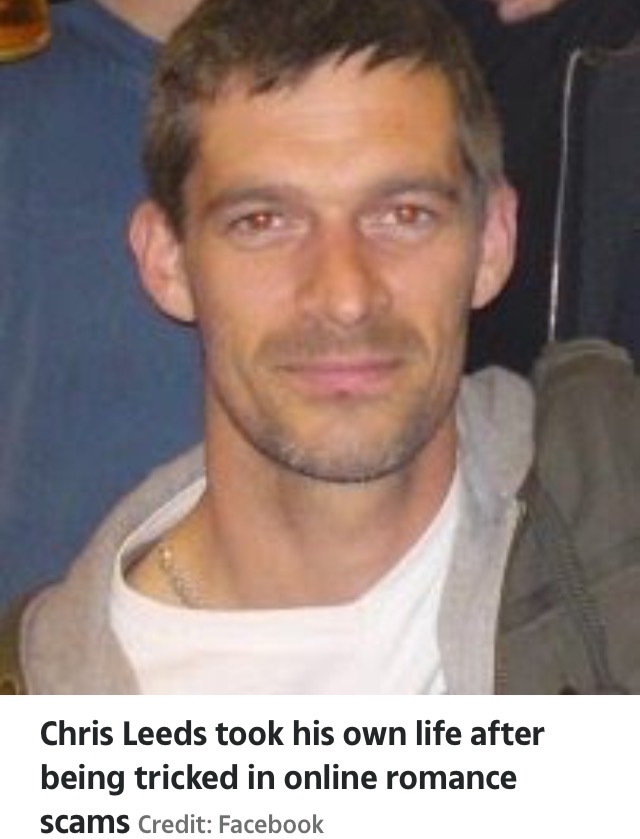 A single dad took his own life after being tricked into sending money in an online romance scam.

Christopher Leeds transferred £500 to a woman who seemed to want a relationship, and was later found dead at home.

An inquest heard how the 43-year-old roofer started speaking to a woman, supposedly from Africa, who then started to demand cash.

Chris, from Dolgellau, Gwynedd in north west Wales, sent at least £500 for her flight to the UK, but she then started to ask for more.

Friend Gareth Evans said Chris soon realised he had been scammed but told him about another woman in Nigeria called ‘Paramount’.

He gave her money too, and she was supposed to land in Britain two days before Chris’ death.

Gareth said when he visited his pal he had been visibly upset, and when he returned later to check on his welfare he was dead.

Distraught family members attended the inquest into his death.

One woman told the coroner: “It was a scam. We have been through messages on his phone.” 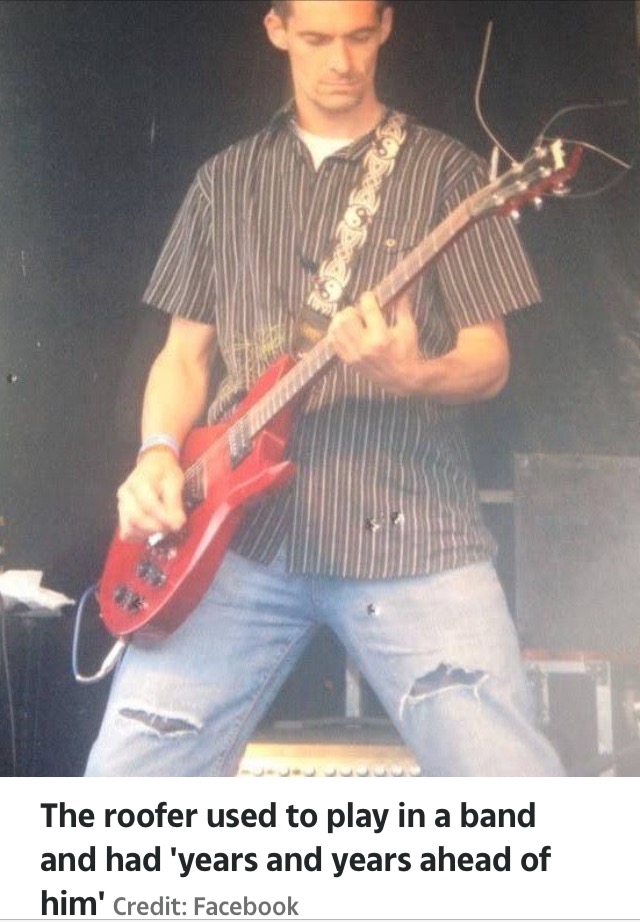 Coroner Kate Sutherland recorded a conclusion of suicide and described the case as “truly, truly tragic”.

She said: “He may well have been scammed and had been suffering from embarrassment.

“He appears to have been scammed by a person or persons purporting to be a woman or women from Africa. He was hugely impacted.”

The coroner added: “He had years and years ahead of him. It presents a stark warning about the dangers out there.”

Gareth, who said he knew his friend since he was a child, recalled how on the day of the tragedy a tearful Chris had told him “lots of s*** had happened with Paramount”.

When Gareth returned to see if he was okay on December 5, 2020, he found Chris hanging and called for an ambulance and police.

“I said to the operator he had already gone,” Gareth said in a statement read at the inquest.

Chris had been a guitarist with the group The Loaded Dice who once won a national competition to find Britain’s best “live and unsigned” band.

Paying tribute to their former member, the group posted on their Facebook page: “While the band has long since gone its separate ways, we’re truly saddened to hear of the passing of former band member Christopher Leeds.

“He was a massive part of this band and all the boys are devastated by the news, our thoughts are with his family and loved ones. Rest easy Chris.”

And an online obituary described Chris as “a loving son, brother, dad, uncle and friend”.

It added: “To those close to Chris the loss is immeasurable but so is the love left behind.

“A gentle soul who will be missed by so many.”