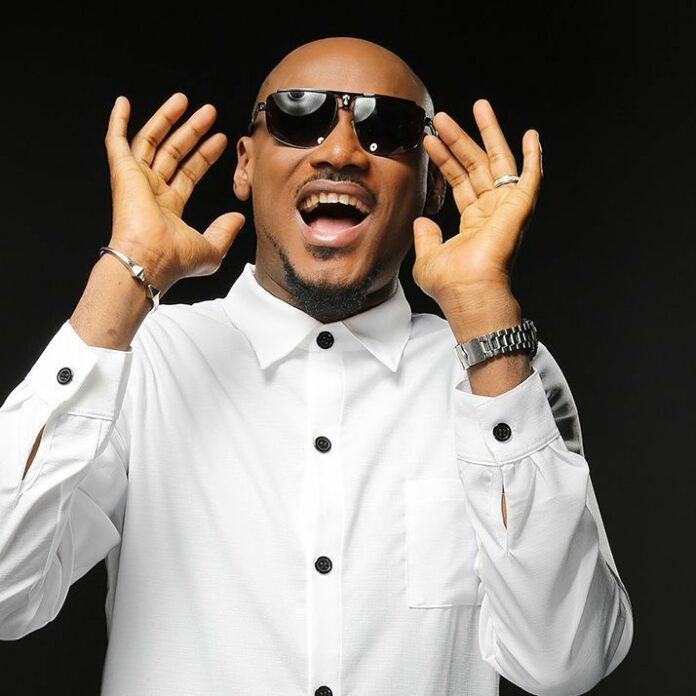 2face is one of the most celebrated music artists in Nigeria as he has been consistent over the years with many award-winning songs in the Entertainment Industry.

The biography of 2Face is a typical example of how talent combined with working hard can transform someone’s life for good. For this pop artist, music is beyond a hobby, it is an inherent part of his life.

Born in Jos, Plateau State, Nigeria, 2Face started his music career while at the University. In 2000, he worked with Blackface and Faze to form the “Plantashun Boiz”.

Whether working as a band or solo, 2Face has proven himself to be a viable artist releasing albums with hit tracks such as African Queen, Ole, Right Here, Police (Skit), No Shaking, Implication, Enter the Place etc.

2Face is from Idoma tribe in the Southern part of Benue State, Nigeria but he was born in Jos, Plateau. He attended Mount Saint Gabriel’s Secondary School in Markudi, Benue state.

After his Secondary School Education, he moved to Enugu state where he did his preliminary National Diploma course in Business Administration and Management at the Institute of Management and Technology (IMT), Enugu.

2Face has seven children from three women however, he did tie the knot with his heartthrob, Annie Macaulay Idibia in 2012. The names of his children are Isabel, Nino, Zion, Justin, Rose, Innocent and Olivia.

Asides being a musician and an entrepreneur it is worthwhile to note that 2Face has been a wonderful father to his children, taking care of them without discrimination. Recently, the media has it that his loving wife adopted all his children from the other women.

2face Idibia has two babymamas apart form his wife, Annie Idibia. One is Pero Adeniyi whom he has three kids with.

Then Sunmbo Adeoye who has two sons for him. Sunmbo is now married to Pastor David Adeoye

2Face’s music career started right from his University days. He was performing in nearly every show and party both inside the school and within the Enugu metropolis.

He earned some money from composing and singing jingles at the GB fan club at the Enugu State Broadcasting Services (ESBS). He did later drop out of school to pursue his music career.

2Face moved to Lagos state with Faze (Chibuzor Orji) and Blackface (Ahmedu Augustine) and the trio formed the ‘Plantashun Boiz‘ band. The band released 2 albums Body and Soul and Sold Out in 2000 and 2003, respectively.

They went their separate ways in 2004 and the same year, 2Face launched his debut solo album, Face 2 Face which established him as a productive and talented solo artist. The success of the album will largely be credited to the popular hit track, African Queen.

He released his second album Grass 2 Grace in 2006 and in 2007, the band of three came back together to record their third and last album, Plan B.

2Face released 4 more albums after Grass 2 Grace which all brought him to the limelight. They include – The Unstoppable, The Unstoppable International Edition, Away and Beyond and The Ascension.

Even though it was released in 2004, this song remains a hit track today with people still requesting that the song be played for them over the radio or during TV shows. The song is a blend of African folk music, guitar Ballard and some elements of hip hop.

Annie Macaulay was featured in the song and it hit over 10 million views on YouTube. The song has been used as the second track in different movies with one of the most popular ones being ‘Phat Girlz‘ which has been released internationally.

2Face Idibia has won lots of awards in his music career. Here is a list of some of the awards.

There are more about 2Face that lots of his fans do not know about. For instance, he is said to draw his inspiration from the popular music icons Bob Marley and Fela Kuti.

2Baba is both an entrepreneur and a philanthropist. He established ‘Hypertek Digital’ in 2006 after his departure from Kennis Music. It is now home to recording Artists like Dammy Krane and Victor Uwaifo. It is also a subsidiary of the 960 Music Group.

His NGO called, “2 Face Idibia, is a foundation established with the motto and mission to serve humanity.

He has signed several endorsements deals with companies like Nigerian Breweries, Guinness, etc. In 2009, he became the brand ambassador for the National Agency for Food and Drug Administration and Control. In the same year, he was appointed the Youth Ambassador for Peace Summit.

He is reported to own a five-bedroom duplex at Richmond Gate Estate and another luxury home on Banana Island, both estimated to be worth over 400 million Naira.

He Collapsed Inside The Lagos Airport – Ras Kimono’s Final Moments