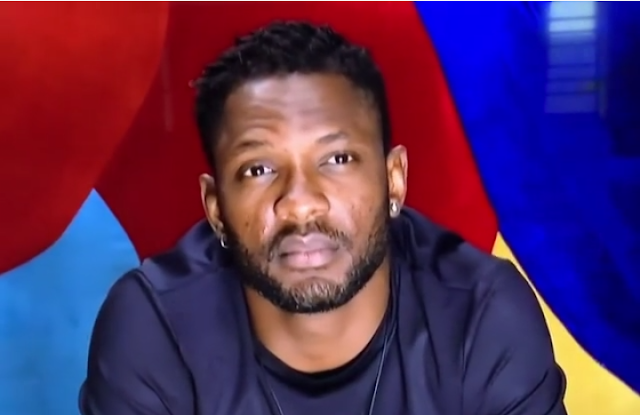 Big Brother Naija housemate, Cross, has stated that he has dyslexia.

The 31-year-old disclosed this while speaking with fellow housemate, Angel, after his heated exchange with Nini.

“I don’t like how I’m feeling, I’m messed up right now. I know a lot of people are smarter than me, I have dyslexia.

“Nine out of ten people are smarter than me academically. I’m 31-year-old and most part of my life I tried as much as possible to get by academically.

“I didn’t know I was dyslexic till my cousin pointed it out and it’s sad to see that part of me, but that’s life.” Cross revealed.

We had earlier reported that Cross and Nini had an heated argument. Cross later tendered an apology to Nini for his actions.

Dyslexia is a learning disorder that involves difficulty reading due to problems identifying speech sounds and learning how they relate to letters and words (decoding). Also called reading disability, dyslexia affects areas of the brain that process language