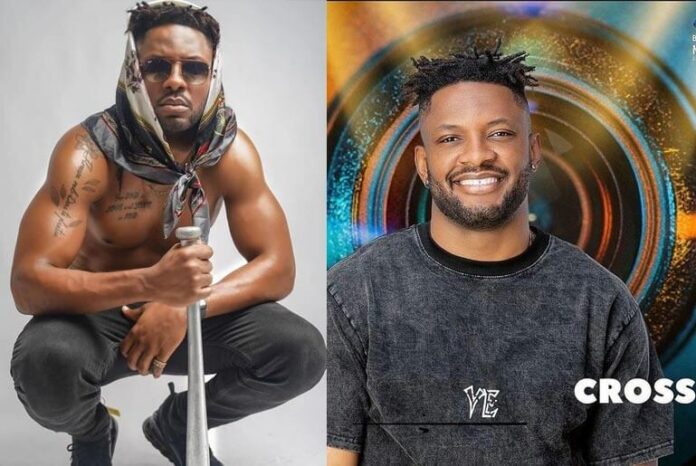 BBNaija season 6 (Shine ya eye) newest housemate Cross has stated that the motto he will be living by in the Big Brother Naija house is love; according to Cross, love is the most important thing to him; he lives by the rule of it.

Cross also said he would never fight about anyone’s opinion in the Big Brother Naija house as he respects everyone’s beliefs.

BBNaija newest housemate Cross was born and raised in Anambra State in a family of four; he is the first son and the eldest child.

Currently, Big Brother Naija’s Cross is a fitness enthusiast and entrepreneur that is based in Lagos. He has been in his business for many years, which has helped him make so much money.

Cross will be hoping to win the BBNaija season 6 (Sine ya eye) reality show to increase his net worth to a huge one.

BBNaija’s Cross made it open that he likes making friends around him as he does not like moving alone and believes that communication is the main key to people’s success.

Cross is also one of the guys in the Big Brother Naija house who like music a lot; you find him playing music drum most times. According to BBNaija’s Cross, he also likes watching movies and travelling.

Regarding BBNaija’s Cross dislikes, he has mentioned that he don’ like fighting about things such as food, someone believes and most especially women.

BBNaija’s Cross made it open that he is currently single when he narrated the story of his heartbreak. According to Cross, there is a woman he dated before that she loved so much.

According to BBNaija’s Cross, it was one of his worst experiences, but he had to move on with his life.